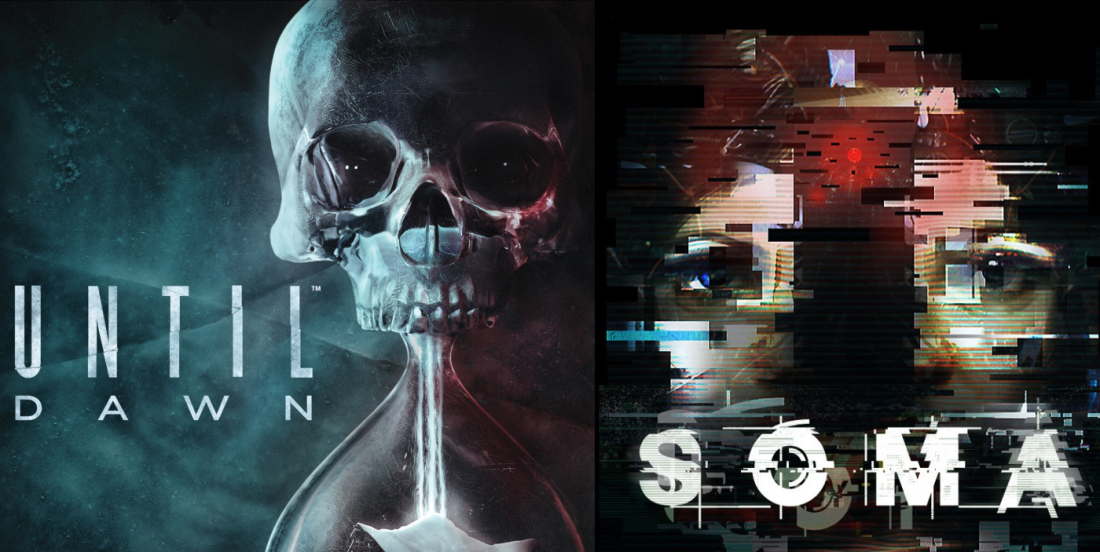 October is almost upon us, and that means we’ll be celebrating horror for the next month! For those that don’t know, Brian is a huge horror fan and a horror writer. In fact, he just released a new book called HARROWED that was written with the amazing Jolene Haley–you can find out more here.

Brian is also part of The Midnight Society, a collective of horror writers that blog about all things horror, including books, movies, TV–and games.

So, we’re teaming up with The Midnight Society for #OctFearFest, a month-long event filled with slasher movies, book chats, live-tweets and more. Brian will be contributing some let’s play videos over the course of the month, featuring two new horror games that are generating a lot of buzz–SOMA and UNTIL DAWN.

SOMA is a science fiction horror game that takes place in an underwater research facility where the facility’s technology has begun to take on human characteristics. Here’s the trailer:

UNTIL DAWN is a slasher movie that you play through, where every choice you make affects the story, as well as who lives or dies. Here’s the trailer:

Over the course of the next month, Brian will be doing let’s plays for both games, and posting about them here on Co-Op Critics as well as over on The Midnight Society. All of the videos will be compiled in a horror playlist on the Co-Op Critics YouTube page, so you can catch up on all the episodes at any time.

So turn the lights out, put your headphones on, and let’s get scared together!