Blizzard’s upcoming team-based shooter Overwatch had an open beta this past weekend, and both Nick and I spent some time with it. In the video above, you’ll see Nick playing quite a bit with Hanzo, and having a good about of success. Hanzo is one of the Defense class characters, a bowman who is rated as one of the more difficult characters to play. He also spend a little time with Tracer, and Offense character who wields dual pistols. 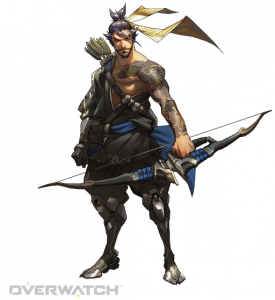 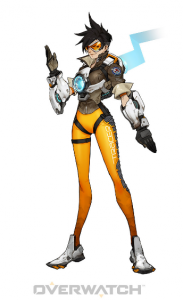 I myself chose so spent all of my time with the beta playing Mei, another Defense class character. She has an ice gun and the ability to create walls of ice that can absorb damage, protecting players and control points while changing the battlefield momentarily as well. She is also rated as a “Hard” character to play with, but I am a big fan of support and defense classes, and I had a lot of fun with her.

My overall impression is that Overwatch is a ton of fun, but has some serious balance issues. There’s a big Team Fortress 2 vibe to this game for me, and that’s a great thing. I’m hoping Blizzard takes data from this beta to make some adjustments to the characters. One character in particular–a robot named Bastion–is completely overpowered at this point. I would be shocked if that character isn’t completely nerfed by the time the game comes out on May 24th.

But, these kinds of tweaks are what betas are for, as I mentioned before, this game is a ton of fun and has amazing potential. It’s very likely going to be our game of the month for June, so stay tuned for a lot more on Overwatch.