At first blush, that may not be the best opening line for a post on a site with co-op in its title. But while Co-Op Critics is a place where we celebrate games together, that doesn’t mean we have to always play them together. It’s my need to discuss my gaming experiences with others that drove me to create this site, and one of the reasons for that is many of the games I play are single player experiences. Games that I enjoy playing alone, but then need to process with others. 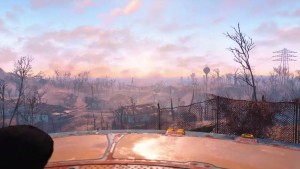 Games have always been an escape for me. And my favorite games to escape into are the ones that provide me a whole world to immerse myself in. Over the past ten years, no one has given me better worlds to escape into than Bethesda. Sure, I love the Souls series and its worlds, I love the Bioware games and their worlds, but in those games, exploration is not a primary goal. Bioware’s games are more story-driven, and the Souls games are driven by their superb and challenging combat. But Bethesda? They give me worlds, and they tell me to go explore them. 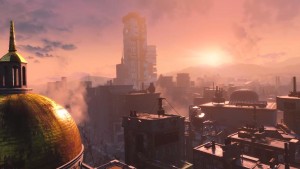 I’ll never forget the first time I played Oblivion. When I exited the sewers and saw that world, I did not revisit the main story line until almost one hundred hours later. I’d had arguably the best RPG experience of any game I’d ever played (outside of pen and paper D&D), and I ended up putting over 200 hours into the game on both the Xbox 360 and the PS3.

Fallout 3 was a similar experience for me. Although I prefer a fantasy setting more than the post-apocalyptic one, that didn’t stop me from spending months in the world of Fallout 3, just listening to Galaxy News Radio and jumping into whatever quests came my way. As with Oblivion, I eventually got around to finishing the story, but only after I’d explored as much of the world as I possibly could.

My first several hours with Fallout 4 have been much the same in terms of my approach. While I think the game starts off with a better story than either Oblivion or Fallout 3, I abandoned ti as soon as I could in favor of exploring the world. I know I’ll check back in at some point, but for now–and the next few dozen hours–I’ll be roaming the remains of Boston, just me and my dog. 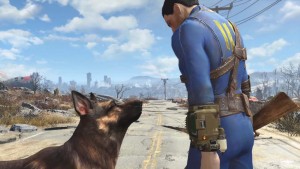