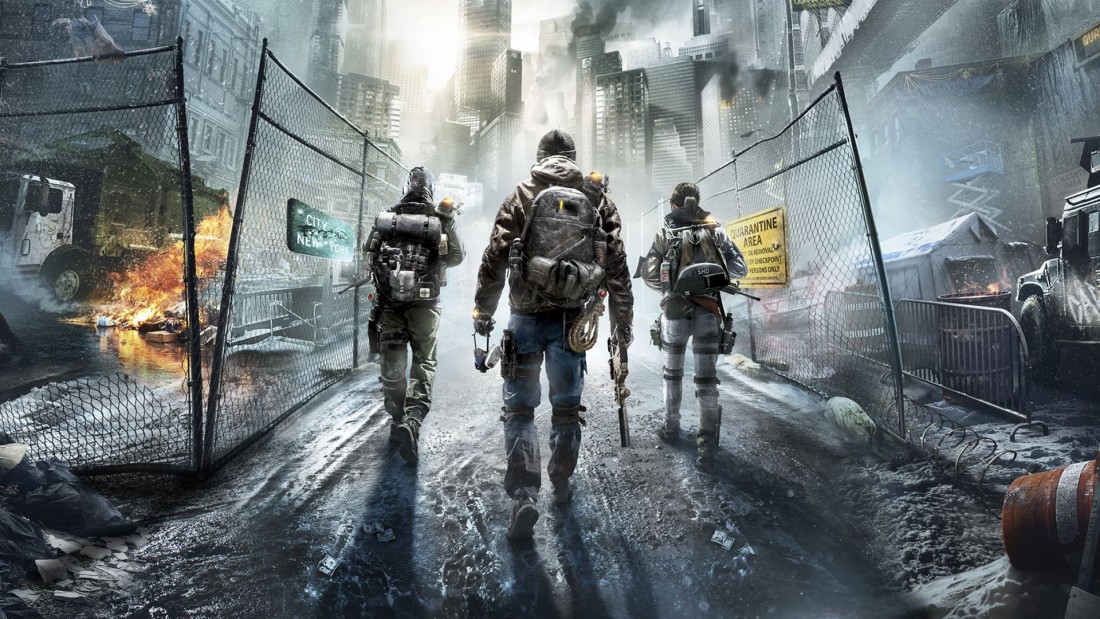 I’ve spent about five or six hours with Ubisoft’s The Division now, enough time to know two things–I like it, and I’m gonna play a whole lot more if it. You can see Nick and I play through a couple missions and give some thoughts in the video below, and then read on for more from me.

On the front end, The Division is a third-person, cover-based shooter, not unlike Gears of War. On the back end, it’s a MMORPG, with skill trees, upgrades, crafting and a tiered loot system.

I haven’t gotten into the PvP stuff yet (the Dark Zone), but I have played a good amount of PvE in co-op mode, and it’s a blast. Enemies scale with the level of players, so teaming up with my friends who have played more usually means dying a whole lot, but I really like the challenge. Of the missions I’ve completed alone, all were manageable if I played smartly.

I like the feel of the gunplay so far, and when I’ve upgraded weapons, I’ve actually noticed the improvements in accuracy, range, etc. Movement is pretty fluid, and I really like the cover system. It takes Gears‘ “Roadie Run” and refines it very elegantly, so you can plot out moving from once piece of cover to another. There have been some times where I’ve gotten stuck with regard to cover, but it hasn’t been frequent.

There are a lot of systems to manage, and some I haven’t even touched yet (like crafting). But upgrading your home base is pretty straightforward, and that’s where you can really customize your play experience. I’m going full Cleric in this playthrough, so I’ve been upgrading the medical wing to give me the healing abilities I’m looking for. I’ve largely ignored the tech and security trees.

I’m level 10 now, and I think I’m almost ready to dip my toe into the PvP stuff. but, I’m also pretty content just hopping from one mission to the next, alternating between grinding to level up with side missions and advancing the story.

We’ll be doing videos for the rest of the month with The Division, so stay tuned to the site and to the Co-Op Critics YouTube channel.