It’s here, it’s here! November is here!
That’s right kiddies, the big month for game releases is upon us, and there are some blockbusters coming this month. There’s also some smaller games we’re pumped about too, so without further ado, here’s our list of games we’re excited about this month:

Owlboy (PC) – November 1st
After being in development for nine-plus, the gorgeous retro metroidvania game by D-Pad Studio is finally arriving this month.The story involved  a young boy names Otus who must save his village from pirates. The game’s mechanics are inspired by Super Mario 3 and Kid Icarus.

Call of Duty: Infinite Warfare (Xbox One, PS4, PC) – November 4
SPAAAAAAAAAAAACCCCCCEEE! That is where infinite warfare happens–at least for this year’s installment of the CoD franchise. Ship combat and a new zombie mode will accompany all the usual bells and whistles. No matter how tired you think the franchise might be, CoD’s multiplayer is always top-notch, and this year shouldn’t be any different. 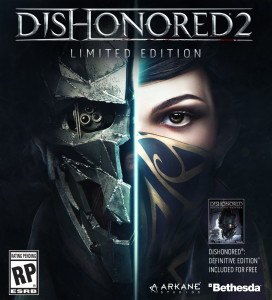 Dishonored 2 (Xbox One, PS4, PC) – November 11
I’ll be honest, I missed out on Dishonored the first time around, but I’ve since picked it up and have been enjoying it. I’ve made a promise to myself that I’ll finish the first one before diving into the sequel, so I will probably wait ta bit before picking up Dishonored 2. But I’m still excited for it. 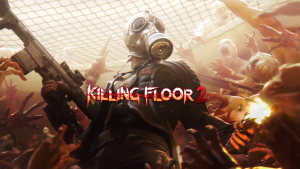 Killing Floor 2 (PS4, PC) – November 18
I’ve watched the Killing Floor series from afar over he past few years as it continued to gain popularity on the PC. The horde-based cooperative shooter began as a mod and ended up as a full-fledged retail release in 2009. Killing Floor 2 Now it’s coming to consoles, and I can’t wait to get my hand my hands on it.

Final Fantasy XV (Xbox One, PS4) – November 29
Early word on the latest installment of this legendary franchise has been good. I’ll be the first to admit I haven’t spent much time with the last couple Final Fantasy games. But I started with the series on NES and have so many memories of playing Final Fantasy VII on my original PlayStation that I will always have a soft spot for FF. Will this be the one that brings me back? We’ll see.

That’s our list of November releases we’re looking forward to. What’s on your list? Let us know in the comments.