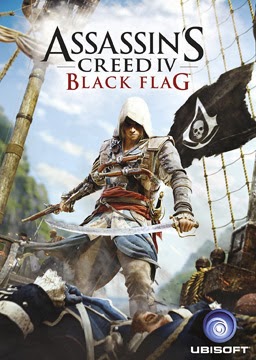 I streamed a bit of Assassin’s Creed IV: Black Flag this morning on WiiU, and it was pretty much a clinic in how not to play the game. What you’ll see in the video below is sort of a microcosm of how the entire 45-minute play session went.

Basically, I tried to assault a naval fort that was way out of my league. You’ll see my try to attack the fort from afar with mortars, only to attract the attention of several enemy ships. I actually dispatch the ships and manage to repair some of the damage done to mine. BUT, instead to counting my blessings and getting out of there until I could upgrade my ship, I went back at assaulting the fort, and things quickly went bad.

The great thing about AC IV is that there are forts and enemy ships all over the pace for you to engage or not, as you see fit. Many of them are much more powerful than you, and you should make sure to upgrade your ship’s offensive and defensive capabilities before engaging them. Sometimes you’ll get lucky when attacking a more powerful ship or fort, and sometimes you end up like me int he video below.

Such is the life of a pirate.