And with my last move, I nuked Calcutta and wiped Gandhi from the planet, completing our absolute domination of this world. That is justice for all the little nagging wars that Gandhi would start beginning when we first encountered his envoys in 111 A.D. or the several times he tried to hold our settlers hostage, forcing us to pay exorbitant fees to have them safely returned. Before we conquered Athens and subjugated Alexander and his Greek nation to the unstoppable American way of life, we had paid them to occupy the Gandhi’s attention by starting a border war. Unfortunately, like other previous allies, Alexander did nothing with the funds we supplied him. And in an ultimate show of disrespect and what would ultimately prove to be his undoing, three turns after we gave him money to start the war with Gandhi, Alexander turns around and declares war on me because my economy is booming. So we had to steer a portion of my forces away from the Indian/American border so we can bring the Greeks to an understanding, rebuild their cities, occupy their lands so that we may resume our good war with Gandhi.

The history of the world started out so well too. I founded Washington, my capital, on an ocean coastline with access to bountiful plains and productive mountains. I built the first buildings in Washington with my bare hands. We sent my warriors to survey the land, and they encountered friendly peoples who supplied our fledgling nation with soldiers, trade caravans, and persons with unique intelligence skills. Some of them even offered to join our nation, which brought pride and, more importantly, resources. We encountered some barbarian nations and clarified to them that the new world order had no place for them. As they fell, they gifted us gold and a ship with which we could begin to explore this world.

Our view of the world expanded when we encountered envoys of Bismark of the Germans. There was some tension when our settlers founded Boston near the German border, but we ignored their demands for technology. Providence ensured that we found an advanced war machine, called a Sherman Tank, and we used it to smite the warriors and catapults that the Germans sent to conquer Boston. Sufficiently impressed with American might, Bismark sued for peace, which I gladly gave them. To ensure Boston’s continued success, we settled Plato there. I will never forget the look on Bismark’s face when his people in the city of Hannover chose to join the American nation. This was the sweetest victory of all, an act of self-determination made because of how appealing the American culture and the booming American economy were, not at the tip of a spear or the receiving end of a big rock. Perhaps that is why the German declaration of war in 1970 A.D. seemed so half-hearted; after Hannover defected, they knew that they had already lost. I gladly accepted the German nation into the American melting pot in 1993 A.D., when they joined the English and Japanese nations under the American banner.

Because of Boston’s location, the Germans were effectively bottled in their archipelago, which allowed me to continue to expand. American cities are, by design, founded on coasts to utilize economic and military advantages. This was critical when our little ship, which was a prize won from barbarians, was sunk without provocation by the Japanese navy in 1780 A.D. That steered our powerful research and development academies to uncover the secrets of steam power. Cruisers carried our riflemen and cannons to the Japanese islands, and we engaged in a protracted island-hopping campaign that led us to their capital, Kyoto. Emperor Tokugawa sued us for a ceasefire, and our government faced a moment of crisis when Congress vetoed my rejection of this plea. I argued that to stop now would mean that the Japanese nation would have an opportunity to rebuild and threaten our nation once more. Furthermore, the continued existence of a separate Japanese sovereignty would trouble the Japanese citizens who already voluntarily joined the American nation as they recognized and approved of America’s Manifest Destiny. With a heavy heart, I suspended that Congressional session, dismissed the Senators and Representatives, and continued the campaign to ensure American safety against future Japanese aggression. I continue to intend to restore Congress; I take no joy from claims that I am the Mad King Lincoln. As always, I work to better the American nation and its dependent peoples. This is why I build aqueducts and granaries in every city to ensure that my people are fed. This is why I install courthouses in every city to ensure that justice is not forgotten. This is why I limit the production of arms to only certain cities.

Though I regret the crisis that the war against Japan brought us to, I believe that we are stronger for it. That crucible forged the American nation into a nation capable of facing all obstacles, particularly those presented by the insidious English culture. Their religious fundamentalism threatened modernity, and I was not surprised that they violently opposed the values that we projected. We tried to engage them in trade, but they seized our trade caravans at every opportunity. There were moments when I thought the English people would reject their trajectory; I had high hopes when they threw down the religious fanatics from power and chose to create a democracy. I regret that we did not do enough to support their blossoming democracy before it fell to religious fanatics again. For the safety of the American people, I had no choice but to take them under the American banner. It was a humanitarian act.

Our nation faced its greatest trial when Gandhi uncovered a trove of advanced technology and threatened us with tanks and advanced artillery. I marshaled our resources to uncover these secrets as well, constructing the Oxford University in order to gather our finest minds to lead the way. Providence again guided us; for all of the Indian nation’s might, they could not break through the stalwart defense posed by our veteran riflemen. They were the rock, and the Indian tanks and artillery were the wave. Eventually, we were able to unleash the full power of the American economy and manufactured tanks, artillery, and bombers. We also discovered Leonardo’s Workshop, which allowed us to quickly upgrade our existing soldiers’ equipment. The unconquerable veteran riflemen replaced their rifles with machine guns. That was the turning point of this protracted war.

But I am tired of war. Now that Gandhi has joined Bismark, Elizabeth, Tokugawa, and petty barbarian lords in the realm of the unenlightened, we have a chance to ensure to improve our world. With global safety assured, I believe that unrest in the former Japanese, English, German, Indian cities will be relieved by expanding education, by building more universities, by ensuring that they have easy access to food and good jobs. One day, we will be able to disband our rapid reaction force and send those veterans home to the heroes’ welcome that they have earned. But most of all, I hope that our colony ship successfully finds a new world where we could start fresh and leave the mistakes of this world and its history behind. 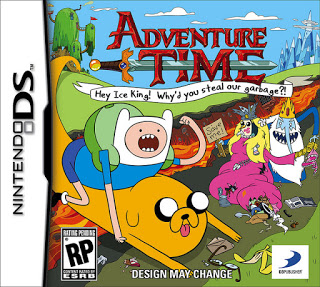 After much too long of an absence, Co-Op Critics has returned!

In this episode, our good friend Max Saltonstall stopped by to talk AnonyCon and a bunch of games both he and I have been playing. We also have two interviews–the first with Fernando Bustamante of D3 about the new Adventure Time game, and the second with our good friend Antony Johnston, writer of the upcoming WiiU launch title ZombiU. Here’s the show notes for the episode:

Games Rundown with Brian and Max

Interview: Fernando Bustamante–D3 Publisher
Brian spoke with the Senior Marketing Manager of D3 about the upcoming 3DS game Adventure Time: Hey Ice King, Why’d You Steal Our Garbage? The game arrives on November 20, 2012, and you can find out more about it at www.d3p.us.

Interview: Antony Johnston (www.antonyjohnston.com)
Brian spoke with the writer of ZombiU at NYCC 2012. ZombiU will launch alongside the new WiiU on November 18, 2012. You can find out more about the game at zombiu.ubi.com.

You can find the episode here, or just click on the player for the episode on the right sidebar of the page.

Something strange is happening to me. Maybe I got bit by a radioactive spider, perhaps I’ve consumed too many artificial sweeteners or colored dyes–I don’t know. But something is going on, because my tastes in video games are rapidly changing, and the change is leading me to ask myself:

Am I not a hardcore gamer anymore?

Over the past four years, I have been a console-dedicated gamer of the RPG and FPS variety. Modern Warfare, Battlefield Bad Company, Left for Dead, Dragon Age, Mass Effect–these were my games of choice. I’ve spent countless hours unlocking everything from chainmail armor to red dot scopes, and for the most part, I’ve loved every minute of it.

Recently however, I’ve not found myself craving 40+ hour RPGs, or multiplayer shooters that require the dedication of a professional sports player.

Lately I’ve been getting my gaming fix with bite-sized, mobile games that feature simple mechanics and aren’t bogged down with elaborate storylines and overly detailed game worlds. These games allow me to come and go as I please, and don’t pounish me for not spending enough time with them. They’re like ‘friends with benefits,’ as opposed to a more committed relationship.

To answer my own question, of course this doesn’t mean that I’m not a hardcore gamer anymore. That’s a stupid term anyway, mostly used by gaming snobs to put themselves above someone else. In fact, this recent change in my tastes isn’t so much a radical departure, as it is a return to my roots. The games I’m enjoying now are the same types of games that I grew up with. I was an Atari 2600 and Commodore 64 kid. I grew up in arcades and roller rinks. I didn’t care about the lore behind why Mario cared so much about Princess Peach, I just wanted to break bricks and stomp on mushrooms until my limited lives ran out.

I think what’s changed is with the explosion of smartphones and tablets, that type of gaming is back in full-force. It started because of the infancy of the technology–there was only so much developers could do when they first got their hands on the tech. We’re already seeing that evolve, as many mobile developers have been able to craft much deeper experiences on those platforms–MMOs, level-based shooters and more. But the marketplace is also filled with smaller, simpler experiences that have struck a chord with mainstream consumers, and that means they are here to stay. For a gamer like me, that means I get to enjoy the renaissance, and get back in touch with my gaming roots.

I know I’ll be picking up the next Mass Effect, and I’ll probably grab at least two or three shooters this holiday season, but much of my limited gaming time will continue to be spent with smaller games that remind me of why I fell in love with the hobby in the first place.

And that’s just fine by me.