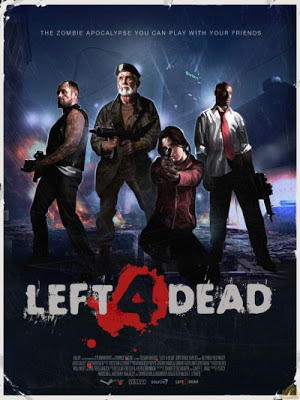 In this episode of Co-Op Critics, Brian and Dan discuss their takeaways from this year’s E3, and profess their love for the Left 4 Dead series.

You can either listen to the episode here on the embedded player to the right, or download it here.

Send comments to sipodcast@comcast.net OR leave us a voicemail at 860-698-0468. Check out www.secretidentitypodcast.com for all things Secret Identity, and come back to www.co-opcritics.com for more gaming discussion!

After much too long of an absence, Co-Op Critics has returned!

In this episode, our good friend Max Saltonstall stopped by to talk AnonyCon and a bunch of games both he and I have been playing. We also have two interviews–the first with Fernando Bustamante of D3 about the new Adventure Time game, and the second with our good friend Antony Johnston, writer of the upcoming WiiU launch title ZombiU. Here’s the show notes for the episode:

Games Rundown with Brian and Max

Interview: Fernando Bustamante–D3 Publisher
Brian spoke with the Senior Marketing Manager of D3 about the upcoming 3DS game Adventure Time: Hey Ice King, Why’d You Steal Our Garbage? The game arrives on November 20, 2012, and you can find out more about it at www.d3p.us.

Interview: Antony Johnston (www.antonyjohnston.com)
Brian spoke with the writer of ZombiU at NYCC 2012. ZombiU will launch alongside the new WiiU on November 18, 2012. You can find out more about the game at zombiu.ubi.com.

You can find the episode here, or just click on the player for the episode on the right sidebar of the page. 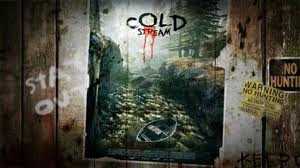 There is a group of us on XBox Live (including Co-Op Critics Dan Evans and Kim Wong) that have gamed together for the better part of five years now. We initially came together around Call of Duty: Modern Warfare in 2007, but the group really jelled with the arrival of the original Left 4 Dead in 2008. In fact, we put so much time into playing that game together, that we dubbed our gaming group ‘Team Zombie.’ To this day, whenever the call goes out over Twitter for some co-op gaming, the Team Zombie signal is shown in the sky, no matter what game we’re actually playing.

Outside of Left 4 Dead and Left 4 Dead 2 though, our group doesn’t game together as much anymore. Part of the issue is shooter fatigue, which gets worse with each new iteration of CoD or Battlefield. But part of it is also that no games can quite match the Left 4 Dead series in terms of co-op fun.

So when Valve finally brought he long-awaited Cold Stream update to Xbox on July 24th, it was a pretty big deal for our little group. And since its release, Team Zombie has been back in action, having as much fun as we’ve ever had with the game.

Cold Stream is great because not only does it bring a new level to L4D2, but it brings the rest of the maps from the original game into L4D2, and they’ve all been updated. Many of the ways we used to beat the old maps are no longer possible, as the levels themselves have been tweaked. This has made all of the maps feel new again, and it’s resulted in the laugh out loud, screaming and yelling sessions that brought the group together in the first place.

So I’d like to thank Valve for Cold Stream, because it got the band back together. It was a long wait, but well worth it to be fighting for my life with Team Zombie again.