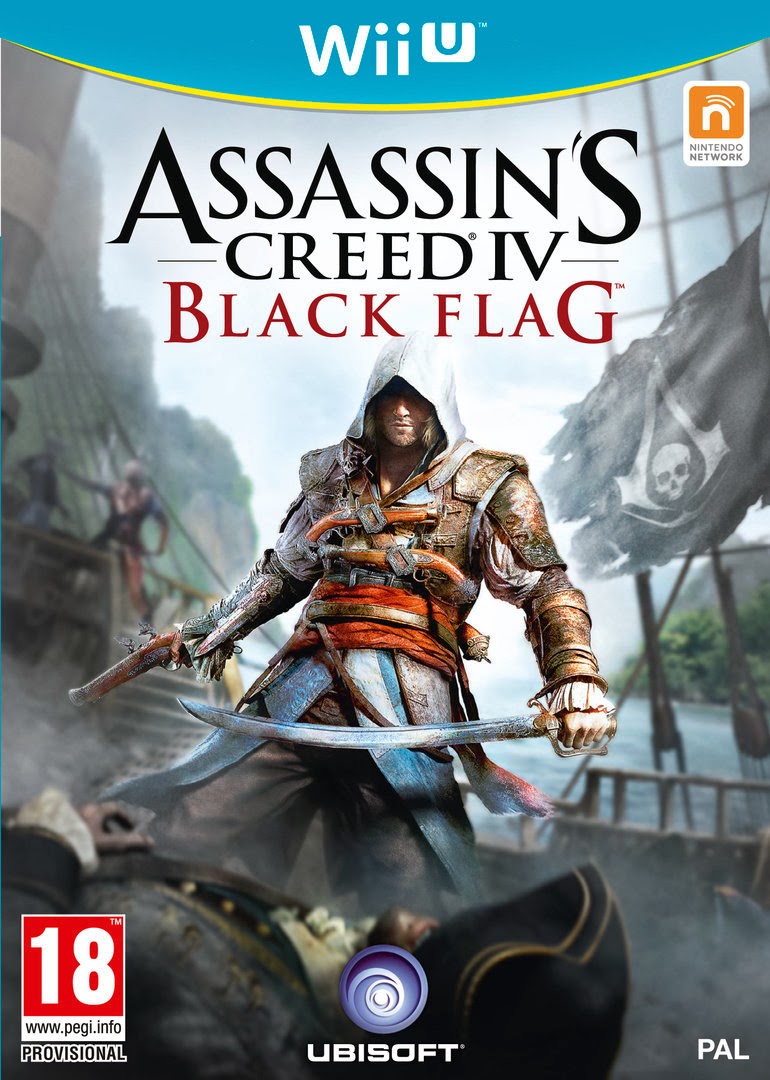 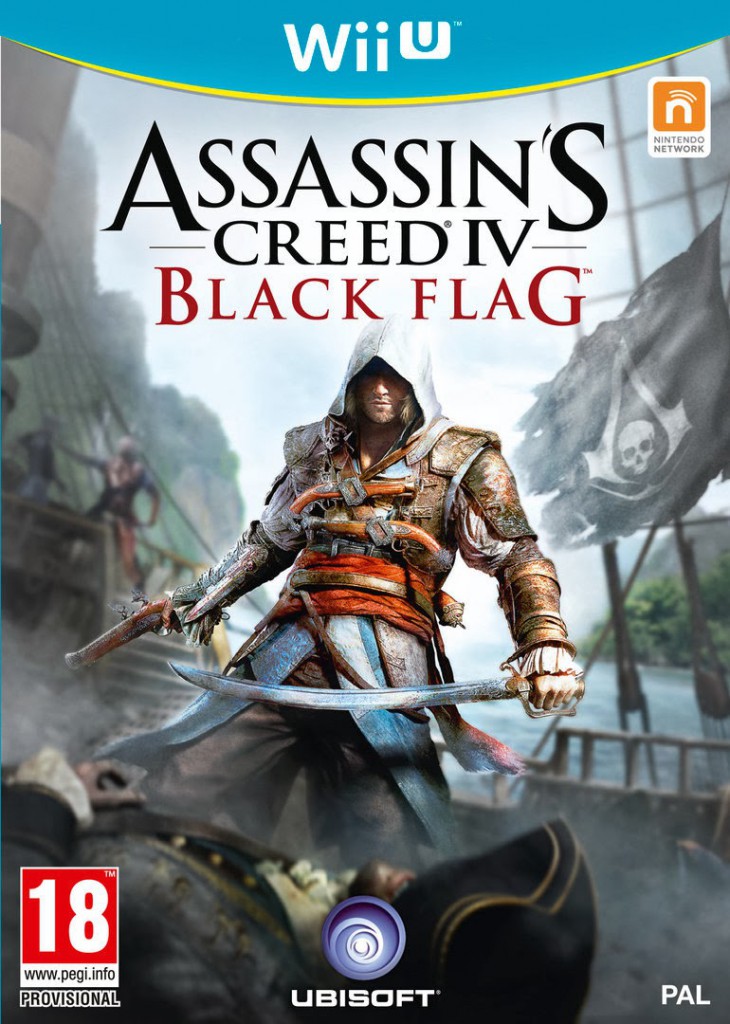 As a gamer it makes me extremely happy to say that I have finally found an Assassin’s Creed game that has really clicked with me. After putting at least ten hours into ACIV: Black Flag so far, I love pretty much everything about it. And while you could dismiss my liking of the game by saying it’s the least like the other Assassin’s Creed games in the entire series, I think it goes beyond that.

From a design standpoint, the way Black Flag introduces you to the game’s systems is fantastic. You pretty much have access to everything from the get go if you’re already familiar with everything, but you are officially introduced to the combat, ship navigation, crafting, contracts and upgrade systems in a way that builds upon itself and never feels overwhelming. And so far, my engagement in these systems has been pretty optional. The ship combat is fantastic, but if you wanted, you could avoid a lot of it, meaning you could also ignore a lot of the ship upgrades. Similar to the physical combat system, you can take a stealth-based approach to ship navigation, avoiding unnecessary combat and paying off officials to keep your wanted level down.

The freedom to approach almost every aspect of the game the way you want is what keeps this game fresh for me. When I tire of the story missions, I can just hit the high seas and battle some ships, attack citadels or even hunt sharks and whales until I want to jump back into the land-based missions. 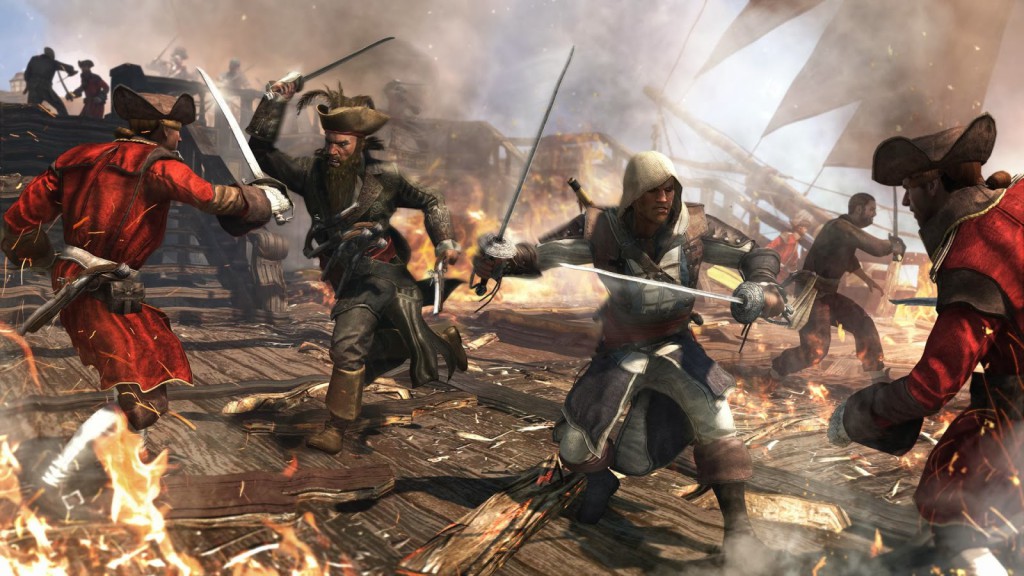 Another huge plus of Black Flag is the “real world” storyline. Gone is the boring Desmond, and instead in this one you are an employee of game developer Abstergo, makers of the Assassin’s Creed games. As you go about your daily duties, you find out there is more going on at the company than just making games. It’s a fun story that almost borders open parody, but it’s a heck a lot more fun to play than the previous non-Animus storylines in the AC games I played. 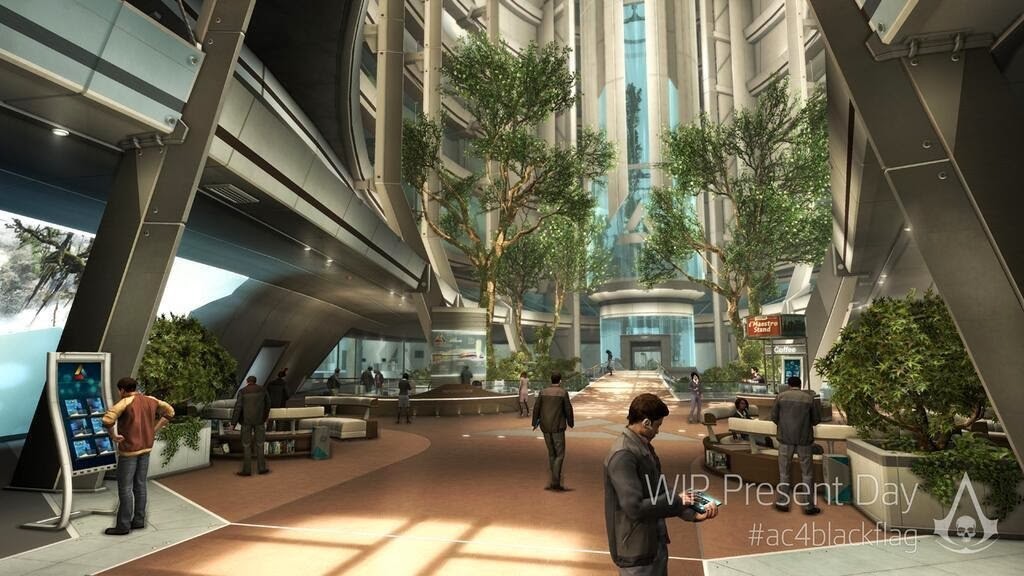 I think what I am enjoying most of all in Black Flag though is the main character of Edward Kenway. In many ways, he’s the personification of those of us who never got into the AC lore. He doesn’t give a crap about it. He’s a guy trying to make his way in the world and make the big score. His dialogue is great, and he’s just a fun character to spend time with.

There was a point that I almost gave up on the Assassin’s Creed series altogether. I’m glad I didn’t. Black Flag is a blast.