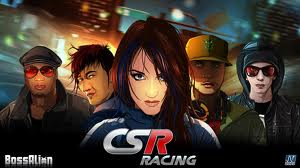 CSR Racing is a drag racing freemium game that features licensed vehicles that you can customize an upgrade. The game’s story and world have a Fast and the Furious meets Saints Row vibe to them, as you compete in a variety of race modes and try to take down racing gangs in a progressively more challenging series of levels.

I downloaded the game when it first debuted on the iTunes Store back in June mostly because a friend of mine was the game’s writer. Boss Alien, the studio behind the game, also had some pedigree, as some of its members worked on the underrated Split/Second at Black Rock Studio before it closed in 2011. But while I spend less than an hour total with most freemium games, I’ve put at least ten or twelve hours into CSR Racing, and I’ve kept coming back to it as my default iOS game over the past few months.

CSR Racing gets a lot right about a mobile game experience and a good example of what freemium can mean. The gameplay on a moment to moment basis is designed to be bite-sized, while each session of gaming can go on for about a half hour. Races take under 30 seconds to complete, and each race costs you gas, of which you have a limited supply. Of course, you can pay for more gas with real world money, or you can just wait for your tank to refill naturally, which is what I do. So, I usually spend south a half hour at a time with the game, but I might have two or more sessions with it in a day, and several over the course of a week. 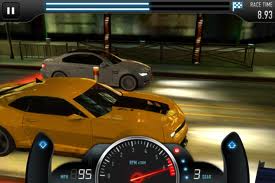 Where the game also shines is in its balancing, and there are two main components to it. First, the game’s leveling and upgrade system is pretty much perfect. When I don’t win a race, it’s either because I made an error in my driving, or my car needs to be upgraded. Each upgrade actually makes a tangible difference in terms of performance, and you see results immediately. So, you can be a lousy driver and progress by making your car better than everyone else’s, or you can drive well and only upgrade when you need to (which is what I do). Secondly, you can truly play this game without paying for anything, and you can make progress on a consistent basis. I did pay a couple of bucks for some in-game currency to purchase a car when I was at the first level, but it was more of a donation to support the game. I haven’t once paid for gas, and I’ve been able to upgrade just by playing through races or challenges. Granted, if I wanted to go all out purchasing cars or upgrades, it would take quite a while. But, I am making my way through the campaign with no problems.

I think freemium still gets a bad rep, as there are still some examples out there of abuse. But overall, freemium has taken a big step forward, and CSR Racing is a shining example of what it can do. It was recently announced that the game was pulling in over $12 million a month under its current model, and yet it remains fully playable for free. The game deserves the success it’s had, as it not only got the business model right, but the model was built on a foundation of excellent gameplay and balance.