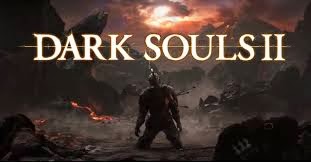 Oh, it’s good to be home again. I have spent so many hundreds of hours with the Souls series over the past few years that there is a familiar comfort in slipping into the world of Dark Souls II. As much as Drangleic is a new setting, it shares so much with what has come before. The biggest difference that I have noticed in my first ten hours with the game is in the approach that I’ve taken to playing it.

I’ve been conditioned by the previous Souls games to know up front that I will be dying regularly in this game, and use each “life” to learn something. The only waste of time in a Souls game is dying needlessly without learning anything new. And I decided before creating my first character in Dark Souls II that I was going to challenge myself to play differently than in past games and explore this game in ways I had not explored the previous one.

So, I started with the Deprived character class, as you are spawned into the world with nothing, and you have no pre-spent levels. It’s the “clean slate” class of the Souls series. Normally, I would start with a spellcaster, because I prefer ranged attacks and the spell you start with makes low level play a bit easier. Not this time. The first enemies I defeated in Dark Souls II were with my bare hands.

The tutorial level is known as Things Betwixt, and for the most part it’s a place to practice with the controls, but there are a few optional, more challenging enemies (Ogres) in the area that you can either brave early, or come back and fight alter. I lured one of these to its death but decided to come back for the others after I had more than a dagger with me.

After the tutorial area, you find yourself in Majula, the main hub area of Dark Souls II. Much like the Nexus in the original Demon’s Souls, this is an area you constantly come back to for leveling, blacksmith access and merchants. NPCs move to this area as you progress through the game. The area itself is beautiful, and is a stark contrast to the murky nature of most levels in the original Dark Souls–it’s bright and wide open.

The first area I decided to trek through from the hub is the Forest of Fallen Giants, and it became immediately apparent that the combat in Dark Souls II was going to be more challenging than its predecessor.

The biggest changed I’ve notice so far are the roaming enemies, and the variety of enemy mobs. In Dark Souls, most enemies were standing in place, waiting for you to aggro them. They were always in the same place, and you knew exactly how close you needed to get in order to pull them to you. In Dark Souls II, many of the enemies are patrolling, which adds almost a stealth element to the game, especially when multiple enemies are present in an area.

And speaking of multiple enemies, there is much more variety to the mobs already in Dark Souls II. You are often facing off against two or three enemies at a time, each with different weapons and attacks. These encounters are much less predictable than what you’d see in the original Dark Souls, and you have less control over the battle itself. This means a smaller margin for error and a bigger emphasis on timing attacks, blocks, etc.

Right now I’ve cleared the way to the boss of the first area, but I’m still exploring the Forest of Fallen Giants, grabbing items and trying to level up a bit. As a deprived, I’ve had to get my Strength and Dexterity up enough to wield basic weapons, and I’ve not leveled my Intelligence up enough to even cast basic spells yet. It makes for more of a grind at the beginning of the game, but so far I like the challenge of having to scavenge for everything as well as having full control over what stats I invest in from the start.

What I absolutely know for sure about Dark Souls II is that I will be putting a few hundred hours into this game, and I’ll be writing a lot more about it on the blog here.