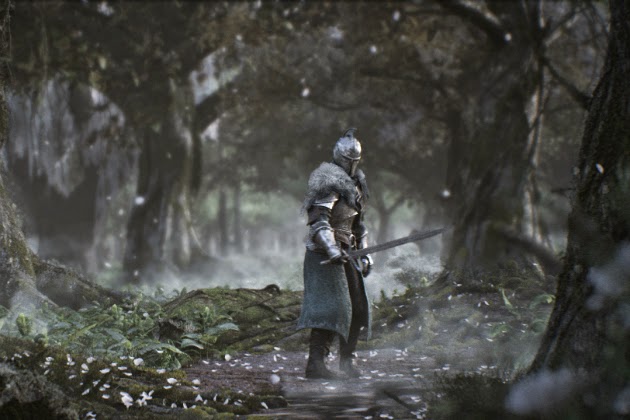 As I approach the 50-hour mark into my first playthrough of Dark Souls II, I’ve hit what I like to think of as “The Plateau.” My character is level 76, and I’m at a point where levels cost enough that I have to really think about where I’m spending my souls (the game’s currency). I’ve also unlocked the ability to really start upgrading some of my gear, which is also an investment that requires a lot of thought.

It’s this point in the game where my character build really starts to come together. I’ve gone with a Hex build, which requires an investment both in Faith and Intelligence, as it’s a hybrid spellcasting class. So, my “go to” spells are getting set, and I’m zeroing in on the armor and weapons I will most likely use for the rest of the game.

During this period, I do a lot of exploring, going back to areas I’ve already cleared and grabbing items I may have missed, as well as dropping my summon sign and letting people bring me in for co-op.

While some players might feel like this part of the game is a grind, I really enjoy it. There aren’t the big and quick jumps in level like the early game, but that’s fine with me. “The Plateau” is where I really get to know my character, and ready myself for the push through the rest of the game.