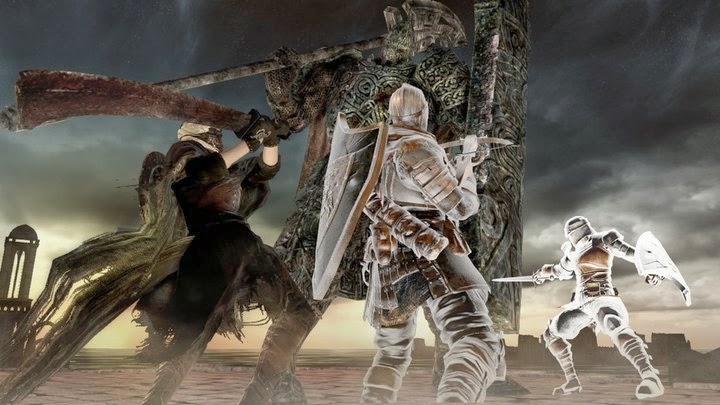 After putting twenty-five hours into Dark Souls II, one of the things that stands out the most to me is how much of an emphasis has been placed on cooperative multiplayer. As someone who really grew to love the co-op in this series, it’s been a great experience for me so far.

From Software has made it easier than ever to engage in co-op, and to customize the type of co-op experience you want to have. From the covenant you join, to your “Soul Memory” (the total number of souls obtained regardless of your character’s level), the game’s goal is to match you up with people who are about as powerful as you so you can play through a level at the appropriate challenge.

For those that don’t really want to deal with summoning or invasions, you can actually “turn off” the multiplayer features by Burning a Human Effigy (a consumable item that can turn you human) at a bonfire. For me though, the multiplayer is one of the most interesting aspects of the Souls series.

I’ve actually been using co-op as a chance to preview a level before I go through it in my own game. I’ll help a few people through the level as a kind of practice, and then make a run through myself.

You can also use co-op as a way to farm for souls, as the developers pretty much did away with the type of farming you could do in the previous game. I actually like this way better, as I’m helping others while I grind to get enough souls to either improve my gear or level my character. The only thing you have to be careful about when doing this is that your Soul Memory continues to increase, and you will eventually move past the level range of most players who are summoning or being summoned in a particular area.

One of the more interesting things I’ve noticed is that very few people are taking advantage of the ability to voice chat in Dark Souls II. I haven’t used it, and I haven’t encountered anyone who is using it. I really love the gesture system of communication, and the anonymous nature of the co-op. The gestures this time around are fantastic, and for me voice chat would ruin the atmosphere of the game.

So to recap, thus far I’ve been engaging in a ton of co-op, building up my character and practicing in areas before I make my boss runs. I am getting to the interesting part of my character build now, which I’ll talk more about next time.