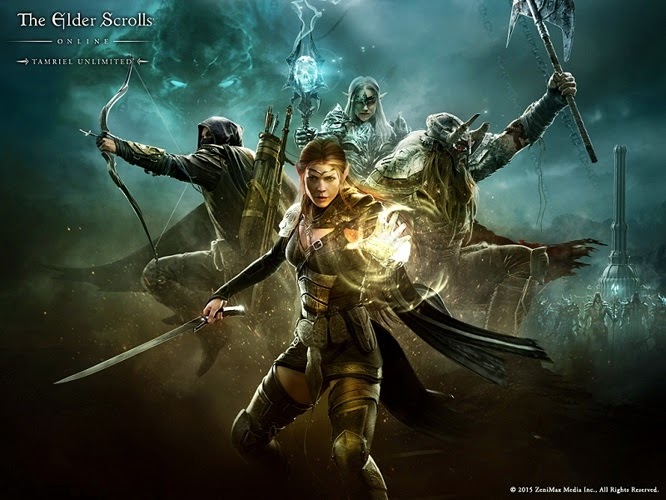 When the next-gen consoles were originally announced, the one thing that had me the most excited was the potential of getting more MMOs onto consoles. I had a blast with DC Universe Online for PS3, and I was hoping the power of the new consoles would really open the floodgates.

The game I was most excited about coming to consoles was Elder Scrolls Online, because I was already a fan of the series (I put 100+ hours into Oblivion on both Xbox 360 and PS3).

Until I heard they would be charging $15 a month.

With PS4 and Xbox One users already paying a monthly subscription fee for online features, adding another fee on top of that would dissuade many a gamer from even giving ESO a try. But, I had faith that by the time the game actually arrived on consoles, that fee would be long gone.

And so it came to pass. Yesterday, Bethesda Softworks not only announced the end of ESO’s subscription fee, but they announced the release date for the console versions of the game–June 9th. The game will cost $60 up front, but after that, you only have to put money into it if you want to. As with many other free-to-play MMOs, there will be in-game perks and other things to purchase for those who want them.

It’s no secret that the MMO strategy in the current gaming landscape is to launch with a subscription fee, get as many early adopters to pay for as long as you can, then transition to free-to-play for the life of the game. D&D Online, Lord of the Rings Online, DC Universe Online, Star Wars: The Old Republic and many more have followed the same path before, and for the most part, the transition has worked for them. The main difference for ESO is that you’ll still be paying up front for the game, similar to what Guild Wars does.

But the dropping of the subscription fee is the key to survival for these games, and I like ESO’s chances now that it will debut on consoles without that fee. I will absolutely be getting the game, and I’m happy to invest $60 to dive into the online world of Tamriel.

This is the right move by Bethesda Softworks, not just for the console versions of ESO, but for the future of the game. I think ESO could be huge on consoles.