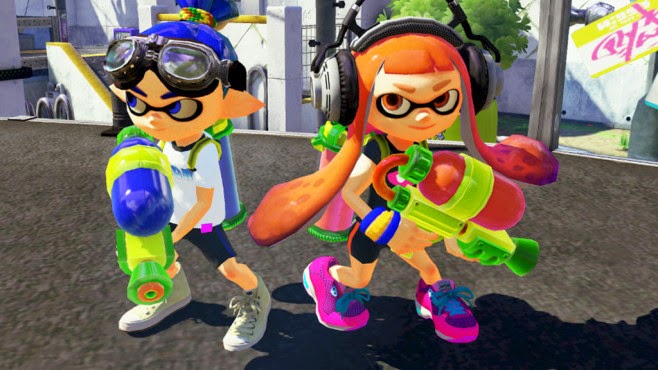 There was a lot of what Nintendo showed this year at E3 that got me excited, but Splatoon is the game that stands out the most. Not only is Splatoon a new IP, but it’s a multiplayer shooter that is appropriate for all ages and features some very clever new mechanics.

I chalk my excitement for Splatoon up to how well Nintendo showcased the game at E3 this year. They gave the game enough time in the spotlight for people to really understand what its about.

Splatoon at first glance is a very “kiddy” game with cute aesthetics and seemingly simplified gameplay. But as soon as you start to dig a little deeper, you see that the game is a brilliant twist on third-person shooter games. You win matches by covering a greater portion of the map with your team’s colored ink. So the emphasis is on controlling geography as opposed to “killing” opponents. And because the characters are squid-like humanoids, their ability to swim in the ink that covers the map adds a great twist to ammo refilling and navigation. You’re faster when you’re swimming, and swimming provides cover. You can cover walls with ink to allow you to climb up them and reach higher vantage points. You can sneak up on enemies and pop out just long enough to take them down. It really adds a more dynamic layer to the basic third-person shooter template.

I’ve said before that I really enjoyed Nintendo’s approach to E3 this year, and putting the developers up front to talk about the games they’re making was a great move. Splatoon looks like a ton of fun, and I can’t wait to play it with my kids.