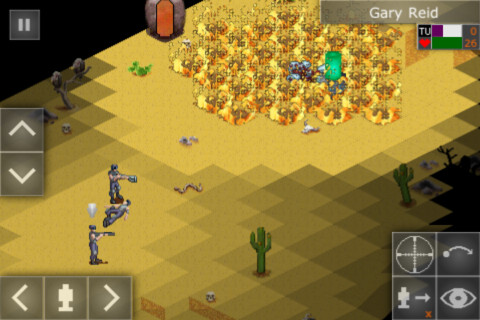 When all of my friends were firmly entrenched in the world of XCOM: Enemy Unknown, I found that I was intensely jealous that I could not participate in the conversation because I couldn’t buy the game. So far this year, I’ve been relatively firm on not buying new games; the only moments of weakness were when Borderlands 2, SSX, and Spec Ops: The Line were released and when I bought Episode 1 of Telltale Games’s The Walking Dead on my iPad so I could play with my wife. This means that I can’t help but feel like I’ve been left out of the larger gaming conversation of the year. I can’t very well comment on whether Halo 4‘s Spartan Ops mode matches the greatness of Halo 3: ODST‘s Firefight mode, whether Binary Domain‘s supposed experiments in storytelling worked, or why it seems like many of this year’s spate of sequels (Darksiders II, Max Payne 3, Transformers: Fall of Cybertron, Resident Evil 6, Medal of Honor: Warfighter, Prototype 2, Ninja Gaiden 3, Tom Clancy’s Ghost Recon: Future Soldier, even Halo 4) seemed to have underwhelmed.

Though Aliens Versus Humans brought the same sense of masochism and vulnerability that anecdotes about XCOM: Enemy Unknown conveyed, the way that the game is stacked against the player began to wear on me. Aliens could shoot at my soldiers from shadow without revealing themselves, which meant that I had to recruit sacrificial scouts for every mission to scout the map in order to find the enemies for my better armed and more experienced soldiers to kill. There were no costs associated with recruiting these sacrificial scouts, Once I solved the game’s core combat challenge in a way that made combat seem rote, a lot of the game’s appeal was lost.

I think it was a night mission that broke me and forced my hand to try to break the game. I took a group of relative veteran soldiers into town to find some aliens to shoot. I lost four soldiers to an ambush that I couldn’t see. I tried to send my six remaining soldiers into a building; three of them made it. One climbed to the second floor to try to at least find the shooters; he was shot through the window before he could find the aliens. I tried to wait out the enemy in the building; they shot out the walls and eventually killed me. I quit the game and couldn’t think of it without getting angry for a few weeks. I finally beat that mission by abusing the game’s save and load functions to maximize my soldiers’ opportunities.

I have to acknowledge that I only played the original game’s missions, which were called the Training Missions, and I haven’t tried the new Onslaught mode yet. I’ve read enough about the game know to convince me to at least give the Onslaught mode a try.