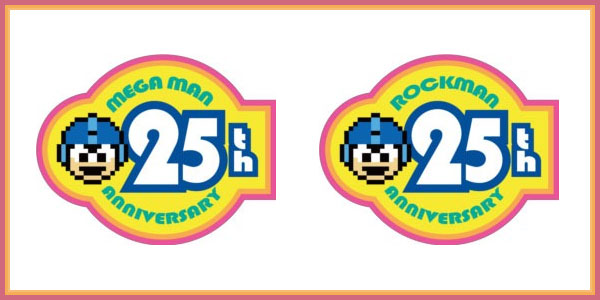 Even robots get old. The Blue Bomber, Mega Man, celebrated his twenty-fifth existence anniversary this year, though you wouldn’t be able to tell based on Capcom’s quiet about the matter. Capcom recently discounted a digital compilation of Mega Man 1-5, 9 and 10 on the PlayStation Network in Japan, announced that it will be releasing Mega Man 1-6 on the Nintendo 3DS’s eShop, sold a collector’s tin full of soundtrack CDs in Japan, and published a fan game, Street Fighter X Mega Man, on PC this week.

Thinking of Mega Man always brings me back to third grade, when I owned my first and only Mega Man game, Mega Man 3.
﻿

I rarely received video games as gifts; when I do, I was usually surprised by games that would not top any child’s wishlist, like Air Fortress. My parents noted my interest in video games and used them as academic incentives. In 1990, I was in third grade, and I was challenged to memorize the multiplication tables up to 12 times 12. To my parents, all problems could be solved with enough effort and guided motivation, so Mega Man 3 was held over my head until I could recite the multiplication tables. Tears were shed and threats were shouted leading up to the glass display case in Kay Bee Toys where the NES games were stored. Eventually, before the actual display case with Mega Man 3 in sight, I was able to recite enough of the multiplication tables to satisfy my parents.
﻿﻿﻿
﻿At the time, my only frame of reference for my expectations for Mega Man 3 was composed of a weekend of playing Mega Man 2 when my parents agreed to rent it and reading the copy of Worlds of Power: Mega Man 2 that I bought from a school Scholastic book sale until it was dog-eared and looked distressed. I didn’t actually beat Mega Man 2 until I was high school and may or may not have downloaded an NES emulator and a Mega Man 2 ROM.

In Worlds of Power: Mega Man 2, Mega Man expressed doubts about his abilities and his mission. More importantly, Dr. Light accidentally turned Mega Man from robot to human while attempting to clone Mega Man. The science behind such a transformation eludes me to this day (how do you clone a robot, how does the process of replicating a robot turn the robot human), as does a human Mega Man’s chances of surviving his mission (how does a human being survive Heat Man’s stage, which is full of pools of lava).

So, as I booted up Mega Man 3, I thought Mega Man was still human, which surprised me when he exploded into light for the first time when I died. Video games had, in my experience, treated death in strange ways, but it was a stretch even by video game standards for a human being to explode into energy balls. The manual revealed to my disappointment that Mega Man was actually still a robot.

I remember making my own grids on looseleaf paper so I could record passwords to keep my progress in Mega Man 3, which was probably the first time I played a game with a password function. My parents could not understand what these sheets of paper represented, but I guarded them with my life. They became the basis for my own gaming strategy guides, and they were treasured.

I had expected to face eight Robot Masters, since Worlds of Power: Mega Man 2 had laid out the expectation that I would fight eight enemy robots in a Mega Man game and the game’s manual and Nintendo Power described the eight Robot Masters in Mega Man 3: Magnet Man, Hard Man, Top Man, Shadow Man, Spark Man, Snake Man, Gemini Man, and Needle Man. The surprise return of the eight Robot Masters from Mega Man 2 made the game seem like a much grander experience; it’s amazing what happens when expectations are exceeded. The look of the Mega Man 2 Robot Masters’ spirits descending into the empty shells that Dr. Wily made for them was actually creepy to a third grader, and the idea that I could battle these bosses that I had mostly read about with weapons from Mega Man 3 was a thrill.
﻿﻿ Mega Man 3 also introduced Mega Man’s slide, and it made perfect sense to me as a child. Mega Man can jump and shoot and even fly thanks to his robotic dog, Rush; why wouldn’t he also be able to slide around at will? I didn’t realize that it was such a divisive addition to the Mega Man games until much later, when I saw that the slide and charge-up shot that was introduced in Mega Man 4 were commonly cited as reasons for the Mega Man franchise’s decline over time.

My other lasting memory of Mega Man 3 was discovering the super jump and invincibility glitches, which are connected because both are caused by pressing Right on the directional pad on the second controller. I discovered them in a copy of Nintendo Power, and I could not have beaten the game without using these glitches. The platforming challenges presented by the disappearing blocks alone were too much; add to those blocks the difficulty of navigating traps in large stages and managing resources in the face of stiff combat (stupid giant robot cat in Top Man’s stage), and I had yet another game that I almost could not finish in my childhood.

These memories of Mega Man 3 make Street Fighter X Mega Man particularly disappointing. While the soundtrack, which features mash-ups of stage themes from Street Fighter games and Mega Man games, is terrific, the stages are unimaginatively linear and feature almost no platforming. The combat, in this case, actually is hampered by the charge-up shot, which really slows the game to sequences of “wait until the Mega Buster is charged, advance, blast the enemy robot, wait until the Mega Buster is charged again.” The weapons drawn from the Street Fighter characters are often disappointing linear projectile weapons, with Chun-Li’s Lightning Kick an exception, though it could be compared to Mega Man 3‘s Top Spin. And the challenge of energy conservation has been removed: when you die, your special weapons and Rush abilities are recharged. Presumably, this is to make it easier for the player to advance if they die on the boss, but it removes the challenge of managing your weapons’ and tools’ energy levels, scrounging for that last energy pellet before the boss fight, and figuring out other weapons that could work if the best weapon against a particular Robot Master is out of juice.

Nonetheless, no game or lack of games can take away the smile that appears when I think about the giant undulating snake in Snake Man’s stage, the robotic porcupine in Needle Man’s stage, the evil giant cat in Top Man’s stage, the bees in Hard Man’s stage, and all the other foes I conquered to defeat Dr. Wily in Mega Man 3. Wow, that game had a lot of robot animal enemies.