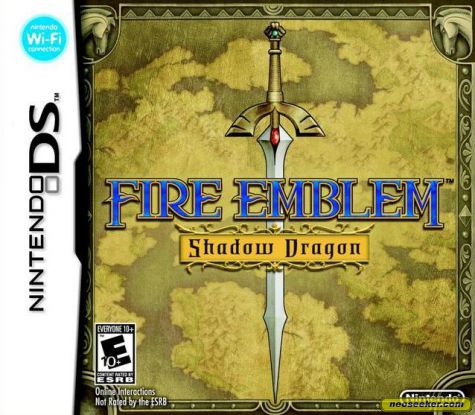 Gaming Stories: Why I Couldn’t Emotionally Invest in Fire Emblem

It’s been almost a month since I last loaded Fire Emblem: Shadow Dragon on my Nintendo DS. When my warriors last saw me, Marth had just received the Fire Emblem, and they were in the middle of a pitched battle against a band of pirates who really should have known better. My army was growing, and we had avoided casualties so far. Perhaps I was heart sick and heavy with worry about my warriors falling through the course of our righteous war to gather allies and reclaim my birthright. Perhaps I despaired at how selfish this quest was; we only had anecdotal evidence that the people lived in fear and despair the last time the Shadow Dragon Medeus conquered Archanea. Perhaps I just couldn’t muster the energy to invest in this army when I had already fought so many other wars in other lands and other times. No matter the reason, I turned to my troops and said, “Go now; you are forgiven.”

The answers are parts of the the root reason why I have such difficulty finding games to play on the DS.

Let’s start with Tetris DS first. It’s a great version of Tetris, and it has a number of interesting modes. I spent countless hours playing Tetris on my Windows 95 PC in my youth, and Tetris is almost built for the pick-up and play philosophy behind mobile gaming devices like the DS. But Tetris DS lasted barely 2 hours in my DS before I was bored with it and moved on to a different game. The problem was familiarity; despite the new game modes in Tetris DS, it was still Tetris, and my quick trigger to pull Tetris DS proved that I may have played enough Tetris in my youth to last me a lifetime. I thought I could recapture at least the same level of satisfaction that I had gotten from Tetris in the past. I knew how well I could play Tetris, at least in the past. There didn’t seem to be a point to revisiting this challenge anymore. In this case, familiarity was the enemy of emotional investment.

Familiarity shouldn’t have been a problem with Picross 3D. I was never a fan of Minesweeper, and I hadn’t played any other Picross games in the past. Picross 3D seemed like the perfect puzzle game for me. It barely lasted two weeks in my DS. Like Tetris DS, it was built for mobile gaming’s central design philosophy of pick-up and play. The problem here was lack of sustainable challenge. The puzzles become more complicated; the time limit can grow shorter; the number of mistakes allowed by the game could decrease. The fact remained that there were no serious punishments for failure since I could blunder through brute trial and error my way to each puzzle’s ideal solution. To me, there was almost no risk in the game; without risk, there are no stakes by which I could plant emotional investment. In this case, the problem was not familiarity, but how casual the experience felt.

Risk should not have been a problem with Fire Emblem: Shadow Dragon. One of the game’s main selling points is character permadeath, which in reality we would probably just call “death.” I resolved to not reset the game if one of my characters died, which ran against my tendency to play along a game’s critical path design. Permadeath should have created heightened emotional investment in the characters I controlled; if nothing else, the idea that I would lose the character’s enhanced abilities and skills if they died after gaining a few levels would force me to play more carefully, and time and exposure would mean that I would invest emotionally on at least some of the characters. I didn’t expect to invest emotionally in all of the characters, but there were characters who were my army’s backbone, and I expected to care about at least the main characters’ stories.

I hadn’t expected one of the game’s core features to play against my enthusiasm to play the game. But Fire Emblem: Shadow Dragon still sits unloved in its box at home while I cruise eBay and Gamestops for other games to play on my DS. And I feel fine about this.