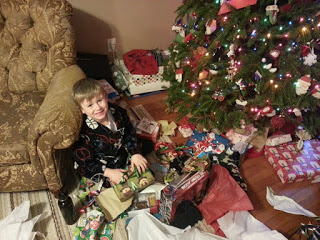 The Nintendo Entertainment System I received for Christmas in 1985 is, to this day, the single greatest Christmas gift I have ever gotten. I have fond memories of taking the NES to my grandparents’ house that same Christmas day, hooking the console up to the 13-inch color TV in their bedroom, and spending the day playing Super Mario Bros. while the adults engaged in their merriment downstairs.

Mind you, I was already a full-fledged gamer by that time, having spent plenty of time in arcades, as well as having poured hundreds of hours into my Atari 2600. But the NES was different. Maybe it was the fact that it came with Super Mario Bros., arguably the greatest game of all time. Maybe it was that perfect rectangular controller, whose design has never been improved upon. whatever it was, the NES cemented my budding love affair with gaming, and I’ve never looked back.

So it was with absolute joy that I watched my son enjoy his new Nintendo 3DS on Christmas day yesterday. What was even cooler was that unlike me, he did not hide himself away for the day, but rather took every opportunity to show all of his relatives the funny video he recorded of himself, the pictures he took and the music you can listen to on the 3DS. All of the things that I never bothered with on my 3DS are the things he loves most about his. We downloaded and played Photo Dojo, where we took pictures and made him a character in the game. We played Face Raiders, which also uses pics of family and friends to populate the game. We also used StreetPass to share Miis, which he thought was awesome.

Watching my son explore the 3DS gave me a new appreciation for mine, and I loved it already. He borrowed my copy of New Super Mario Bros. 2 this morning, or as he called it “the one with all the coins all over the place.” I wonder if that game will be for him was the original Super Mario Bros. was for me. Maybe not, but I now have a new Nintendo memory to add to my personal collection, and he has a lot of great gaming ahead of him.