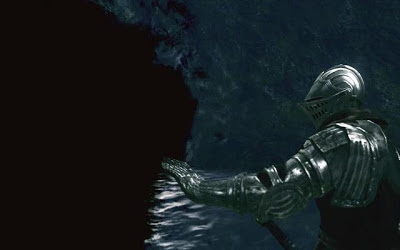 Postcards From the Abyss–Part 1: Getting There is Half the Battle

I have spent over 130 hours in the world of Dark Souls so far–it’s arguably my favorite game this generation, and easily the one I’ve spent the most time with. Of that 130 hours, 100 of it was a full playthrough on my original character (a sorcerer who finished at level 71) and some New Game Plus, while about 30 hours of the overall total is on my second character (a melee/pyromancer build that is currently at level 56).

I didn’t know if I’d ever finish that second character’s playthrough, but there was something comforting about knowing I had a character currently adventuring in that world, that I could go back to whenever I wanted. As it turns out, I had left my second playthrough in the perfect place to jump into Artorias of the Abyss, the Dark Souls DLC expansion that was released in late October.

True to Dark Souls’ style of making you work for every single inch of progress, Artorias of the Abyss can’t even be accessed until you’re well into the game. There are conditions that must be met in order to even open the portal to the new content. They are:

So, just to recap, you can’t even get into the Duke’s Archives until you have acquired the Lordvessel, an artifact that allows you to warp between bonfires. That doesn’t happen until about 20 hours into a playthrough. And, if you didn’t befriend the NPC Dusk of Oolacile, you’re out of luck in terms of accessing the new content, and have to start another playthrough, meaning the new content is 20 hours away for you.

Such is Dark Souls, and I wouldn’t have it any other way.

When I jumped back into my playthrough, I was in the bowels of the Catacombs, one of the more challenging areas in the game. I decided I would finish off that area before attacking the DLC, as I did not want to lose the progress I’d made and have to do it all over again later. The Catacombs also served as a perfect refresher course on the game’s mechanics, as Dark Souls requires precision and timing, and brutally punishes sloppy play. 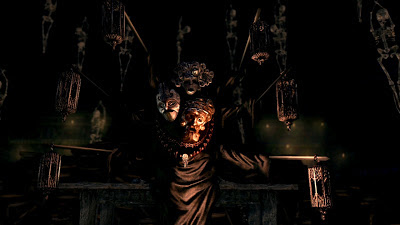 Anyway, I defeated Pinwheel (the boss in the Catacombs), and warped back to Firelink Shrine. Once there, I had to place the Lordvessel on Firelink Altar, which opened up previously inaccessible areas, the most important of which is the Duke’s Archives. 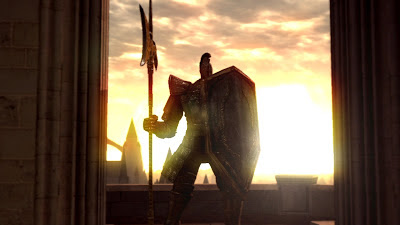 Heading the the Archives, I had to battle through a few Sentinels and Armored Tusks to find the new Crystal Golem. After defeating him, I wapred back to Undead Parish, traveled down to Darkroot basin, and found the access point to the new content. It was a moment of relief, as i could not remember whether or not I had befriended Dusk of Oolacile.

Luckily, I did, and I was off to the Sanctuary Garden, which I’ll talk about in the next post. Needless to say, it did not greet me warmly.