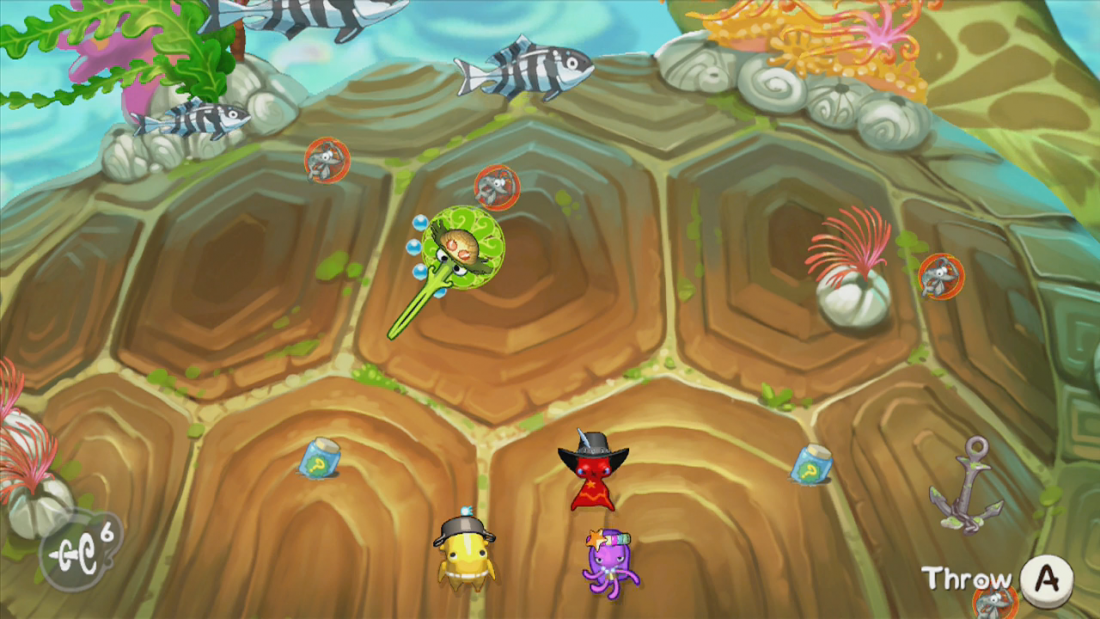 SQUIDS: Odyssey Makes a Great Transition from Mobile to Console 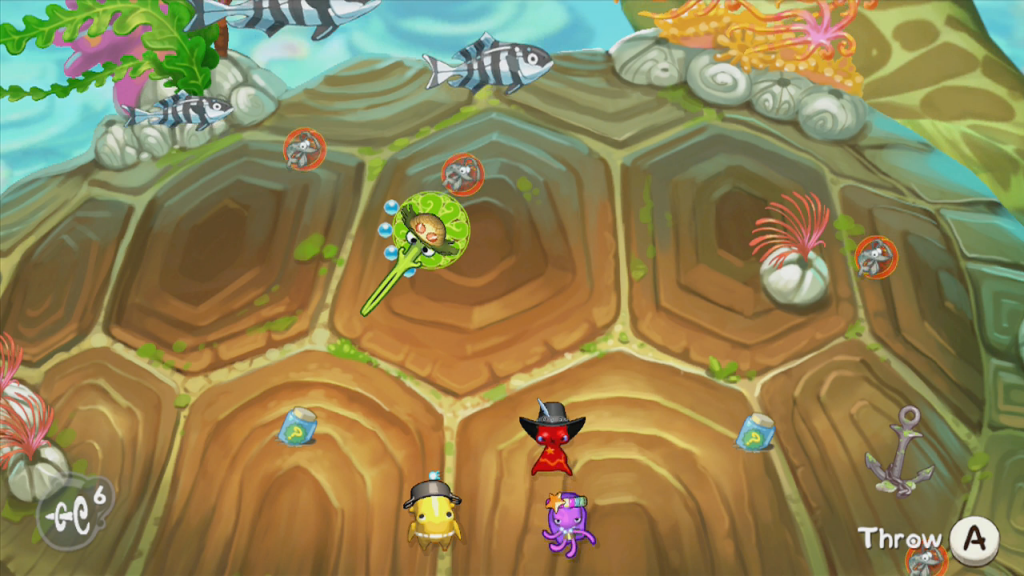 Way back in 2011, I reviewed an iOS game called SQUIDS, a turn-based RPG that combined solid mechanics, bite-sized missions and an undersea aesthetic designed to appeal to gamers of all ages. SQUIDS was a micro transaction supported game that struck a nice balance with its currency system, so you could actually progress without having to spend additional money if you didn’t want to. The Game Bakers also released a sequel called SQUIDS: Wild West, which was also well received. 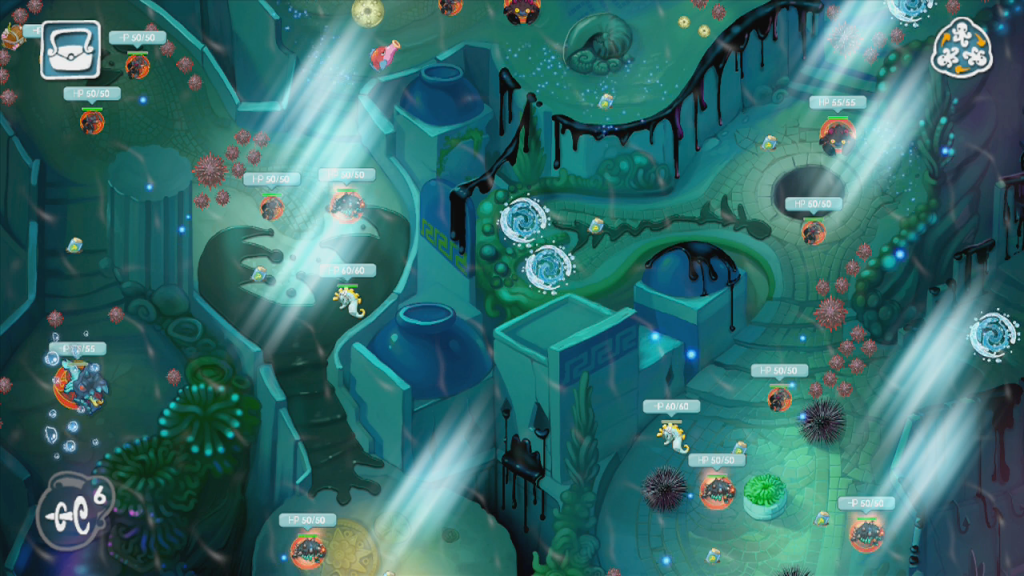 Fast forward to 2014, and developer The Game Bakers has brought SQUIDS to Nintendo’s 3DS and WiiU platforms. This new iteration is called SQUIDS: Odyssey, and it brings the first two games together and some additional content as well. There are no microtransactions this time around–the game is a $14.99 digital download from the eShop. I spent a good amount of time with the WiiU version this past weekend, and I’m really impressed with how well the game has been adapted for Nintendo’s console.

SQUIDS: Odyssey retains the same story and core gameplay from the original games. Players control a group of squids who are thrust into the role of both protectors and recruiters when their underwater home is threatened by a mysterious Black Ooze that corrupts undersea creatures, turning them evil. Players control a party of squids that consist of different classes–Scouts (speedy rogue), Shooters (ranged combat), Troopers (tanks) and Healers. As you unlock more characters in the game, you can swap them in and out of your party, and customize that party for each type of level you’re facing. In addition to customizing your party, you can level up your characters, as well as find and purchase gear that gives characters bonuses to certain stats.

Each bite-sized level features enemies that must be defeated and hazards that must be navigated. So in addition to making sure you have the right members in your party, you also have to make sure you’re using them strategically. You move the squids around each level by pulling back their legs and aiming them in a certain direction. There are obstacles littering each level, and some levels have area that you can actually fall off. So each turn is spent positioning your characters to not only defeat enemies, but support one another and navigate the level effectively. 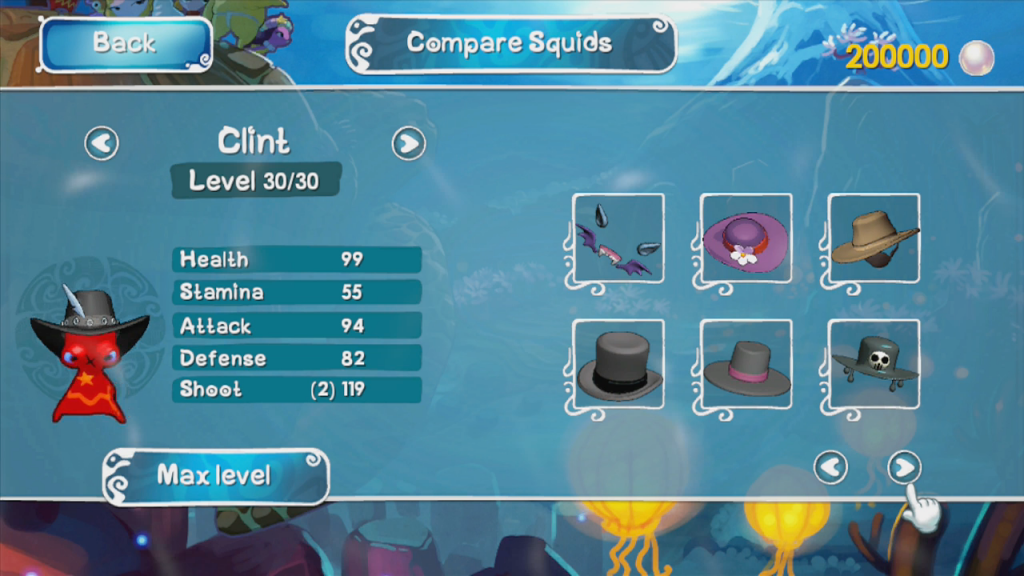 What’s impressive to me about SQUIDS is that all of the systems in the game are well balanced and simple to understand. None of the systems I mentioned above ever feels overwhelming, and each time I failed to complete a level, I knew exactly what I did wrong. More impressively, the game has transitioned well from a microtransaction-based model to one in which all of the currency is unlocked through playing. Gear and upgrades are reasonable priced, and because you can go back and play any level you’ve beaten, you can always grind for more loot and currency before taking on more challenging levels.

On the WiiU front, The Game Bakers have flawlessly adapted SQUIDS for the console. You can play with either button-based controls or touch controls on the GamePad, and at any time, you can switch the TV mode off and just play entirely on the GamePad. This game actually feels like it was made for the WiiU, and it uses the GamePad better than most of the games I’ve played on the console.

All in all, SQUIDS: Odyssey is a great adaptation of the series that is perfectly at home on the WiiU. It’s a game you can play with your kids, or enjoy as an adult, and it’s got plenty of content for the $15 asking price. Definitely worth checking out. And if you need any hints or tips as you play through, the devs have put a complete strategy guide up on The Game Bakers website. You can check it out here. 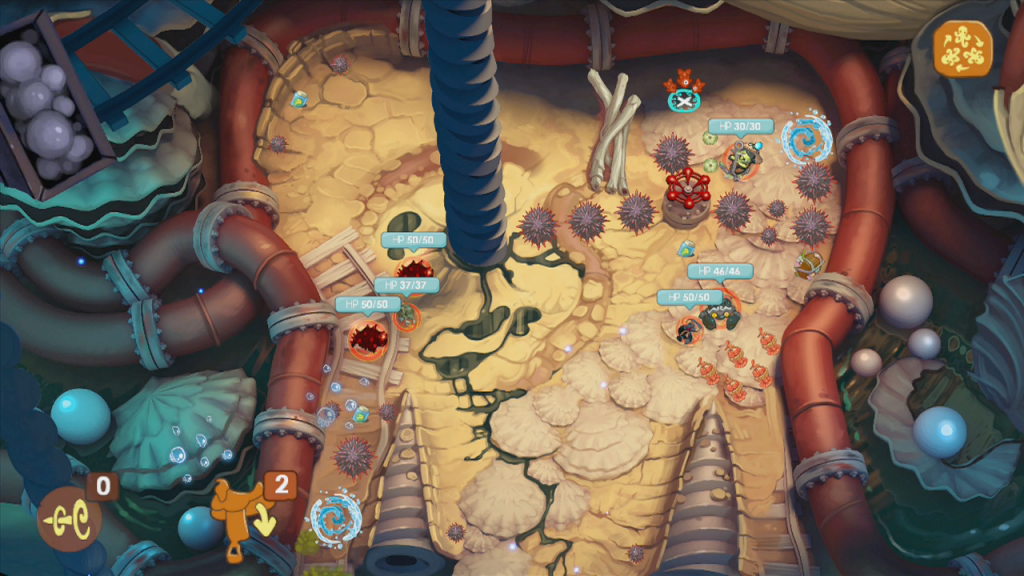