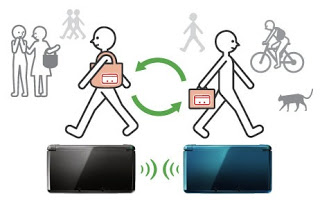 As much as I love my 3DS, I had rarely used one of its major features since I purchased the handheld at launch. After taking my 3DS to New York Comic Con this past weekend however, I am now completely addicted to StreetPass.

For those unfamiliar, StreetPass is a passive wifi feature that communicates with other 3DS consoles when you are in range of them. As long as your 3DS is on (even in sleep mode), whenever you pass another 3DS, that person’s Mii will show up in your Mii Plaza. You get a greeting from the Mii, and you also can see what the most recent game a person played was. More importantly though, you can play mini games with the other Miis, as well as collect gifts and unlock content in 3DS games like Resident Evil: Revelations and Super Mario 3D Land. For example, in Super Mario 3D Land, other players leave gifts for you in the form of power-ups and Star Coins, which you need to unlock later levels in the game.

Built into Mii Plaza software itself is a game called Find Mii. It’s an rpg-like game where your Mii is being held captive in a tower, and the Miis you meet act as hired heroes that must battle their way through the tower to save you. They face off against ghosts and demons in turn-based combat, and can use spells and weapons to attack their enemies. After clearing certain areas, you unlock treasure chests which contain new hats for your Mii to wear. 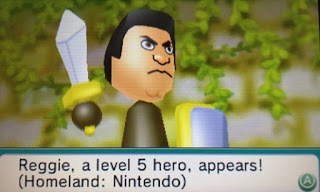 Also in Mii Plaza is Puzzle Swap, sort of a jigsaw puzzle game where you try to assemble pictures of 3DS games and characters by trading pieces with other Miis. When you complete a picture, you’re able to view a live version of it in 3D. It’s not really a game, but it is fun getting new pieces and unlocking new screens from different Nintendo franchises. 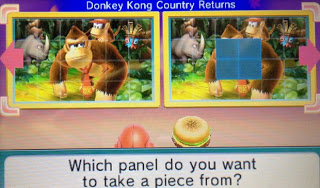 Both of these games require meeting a lot of new Miis, and that’s why I hadn’t really gotten into them before. I had about 5 StreetPass connections on my 3DS before bringing it to New York Comic Con. Over the course of the weekend though, I met over 170 new players! Not only did I make it all the way through the Find Mii game (it took 166 characters to fight all the way through), but I completed several screens in Puzzle Swap as well.

Now, I’m taking the 3DS everywhere I go. You can play through Find Mii several times to unlock new hats from various Nintendo franchises, and I still have plenty of screens to unlock, in Puzzle Swap. What’s even cooler though, is that my Mii Plaza is filled with almost 200 people I’ve StreetPassed with during my time in NY. There’s almost a Pokemon-esque quality to the StreetPass feature, as I find myself wanting to collect as many Miis as I can.

StreetPass is a great feature that just adds to overall great experience of the 3DS. With all the games coming out over the next few months, as well as the recent release of the 3DS XL (which I have), there’s never been a better time to own a 3DS.

Here’s me in the food court of the Javits StreetPassing the living daylights out of people: 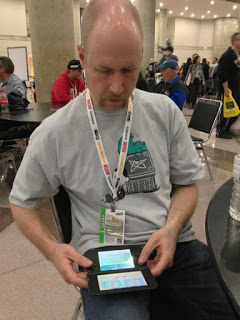