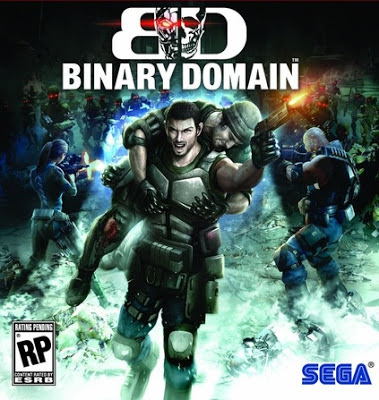 The Year of B-Games–Binary Domain

I’m kicking off the Year of B-Games with a game that should not be on this list, because it’s too damn good–Binary Domain.

What is it?
Binary Domain is a third-person sci-fi shooter developed by the Yakuza team and published by SEGA. It debuted on the XBox 360 and PS3 in February of 2012, and made its way to PC in April of 2012. The game takes place in a future where robotics have advanced to the point of being able to pass for human beings. You play as part of a “Rust Crew,” a team that is sent into Japan to investigate a corporation thought to have breached international laws regarding the creation of human-like robots. Things go downhill from there.

Why Does It Make the B-Game List?
While it has a Metacritic score of 72 (considered “good” on most review scales), Binary Domain is primarily on this list because it sold very poorly when it came out. In the month it debuted in the US, Binary Domain sold a total of 20,000 copies on the XBox 360 and PS3 combined. This game was completely overshadowed by the juggernaut that was Mass Effect 3, and it didn’t help that SEGA did very little in the way of marketing for it. This game came and went very quickly.in the US, although it fared better in Japan. On a slightly positive note, it does look like lifetime sales of the game are around 360,000 (according to VGChartz), which doesn’t seen too bad, but what do I know? 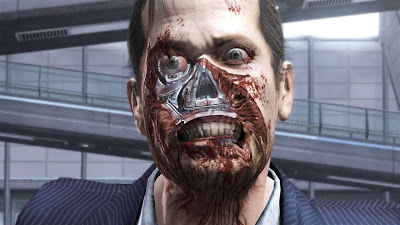 Why It’s Worth Playing
Let’s start with the story. Granted, I’m biased, as I know writer Antony Johnston, who worked on the story. But the story is a lot of fun, with nods to classics like Blade Runner as well as a few of John Carpenter’s movies (They Live, Big Trouble in Little China) along the way. The dialogue is well written and genuinely funny in a places. There’s an interesting love story woven into the game as well, and in general, all the characters are pretty well defined, if archetypal.

That leads me to the second reason this game is worth playing–the squad dynamic. On a basic level, you usually move through the game with a squad of three characters, which you can choose from a roster of several as the game goes on. In combat, you can either use voice or button commands to give order like “Charge,” “Fire,” “Retreat” and a bunch more. I found the voice controls to work surprisingly well, and because you can use them in dialogue as well, there are times where the interaction between you and the characters has a great flow to it.

You also get to manage your squad in terms of gear upgrades, improving both weapon performance as well s offensive and defensive capabilities. It’s not very deep, but it adds another layer to the squad management.

Finally, there’s a trust system with the other characters on your roster, and it’s based on how you respond to dialogue as well as your actions in combat. As you progress through the game, you can build trust with your teammates, which can alter how parts of the game play out, especially near the end. 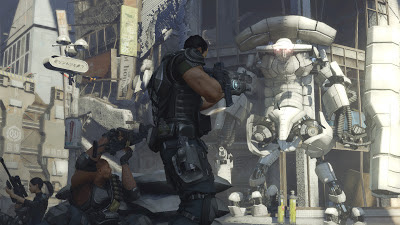 Where does it stumble?
My only major knock against the game is that the squad AI is not great at times. Because the trust system is affected by how well you do in combat, when a squad member walks across your line of fire in the middle of a fight, they get upset at you and you actually lose trust. Granted, it’s not hard to get it back, but there were times that I had to work to get teammates back on my side because I accidentally shot them when they blindly ran in between me and an enemy. It happened enough times over the course of the game to be mildly annoying.

Other than that though, I really have no knocks against this game, It’s well put together all around.

Closing Thoughts
Just one: This game was criminally overlooked. It’s a blast from start to finish.

NOTE: If you’re interested, check out this interview I did with Antony Johnston about the game when it launched last year.