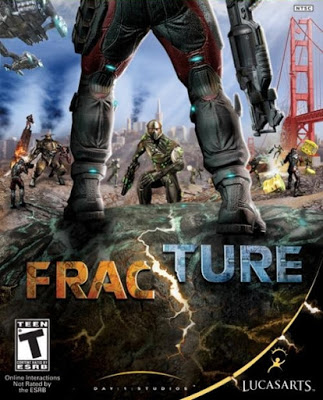 What is It?
Fracture is a third-person shooter that takes place in a future where the Untied States are no longer united. The country has fractured (get it?) into two groups–the Atlantic Alliance and the Republic of Pacifica

Why Does it Make the B-Game List?
This game received mixed reviews when it came out, and its current Metascore is 63. It also sold poorly, finishing with about 430,000 units worldwide on PS3 and Xbox 360 combined.

Why It’s Worth Playing
The basic terrain deformation mechanics are pretty cool, as you can raise and lower much of the ground around around you. The most obvious use of this is to create and remove cover, but you can also smash object and people into ceilings, pull the ground out from underneath things, and so on. The best part of this functionality is that it’s built into your suit, so no matter what weapon you’re using, those basic abilities are available to you.

The game actually has a cool opening sequence as well, which feels very inspired by Starship Troopers in its presentation.

Where Does it Stumble?
Fracture feels like a classic case of a game built around one interesting idea, and not much else. It’s also a game where many ideas really don’t go past the premise stage. The idea of the country being divided is interesting, but once the game starts, it’s just a generic “us vs. them” storyline, and none of the enemies are particularly interesting.

I mentioned that the core terrain deformation mechanic was cool, but the rest of them are mapped to grenades, which means that you are constantly needing a particular type of grenade for a particular situation. This masquerades as puzzle solving, when it really isn’t as you are handheld the entire time. For example, I needed to get into a sewer system at one point, but there was a great covering it. instead of just being able to blow it up, I needed to use a special grenade that would cause a pillar to rise out of the ground, catching the lip of the grate and opening it so I could go through. That type of gimmicky stuff is present throughout.

Closing Thoughts
Fracture is the first of the B-games I did not finish. While it’s definitely worth spending a little time with to check out the terrain deformation, there’s not a compelling reason to stick with it after a few hours. The good news is, you can grab a copy used for $3 like I did, and at that price, I got plenty of enjoyment per dollar. 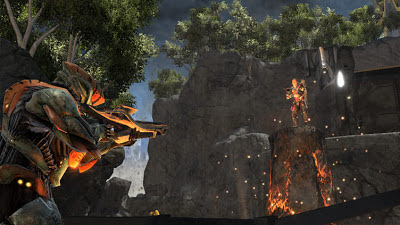