What is It?
The Walking Dead: Survival Instinct is a new first person survival game set in the world of The Walking Dead television series. Players take on the role of Daryl Dixon as he and his brother Merle travel the Georgia countryside trying to survive the initial stages of the zombie outbreak.

Why Does it Make the B-Game List?
Survival Instinct is a licensed game, made on a modest budget and an accelerated development cycle. The game retailed at $50, as opposed to the usual $60 price point. Its current metascore is 32 out of 100 for the XBox 360 platform, which is what I played it on. Since its release, the game has sold about 420,000 copies on all platforms combined.

Why It’s Worth Playing
Because there are some really interesting ideas at play in Survival Instinct, especially for a first-person zombie game. For starters, the emphasis on stealth as opposed to combat give the game a great sense of atmosphere. Zombies are deadly in this game, particularly if you encounter more than one or two at a time. And ammo is scarce enough that a ‘run and gun’ approach won’t get you very far.

Survival Instinct also features a party management system, where you can send members of your group off on their own side missions to collect gas or supplies. Granted, it’s not very fleshed out, but it adds another layer to the game and it’s simple enough to manage.

The graphics aren’t amazing, but honestly I could care less about that–they do an adequate job of depicting the world, the story and a creepy atmosphere. A lot of the action happens in broad daylight, and there is some nice lighting throughout the game. And the sound design is pretty great in places.

Where Does It Stumble?
Survival Instinct definitely stumbles in the technical category. There are a lot of invisible walls, the quicktime melee events are frustrating, and the zombie AI is inconsistent, which makes the stealth portions of the game inconsistent. I could never get a good feel for the aggro range of zombies. Weapons don’t have a lot of heft to them, and melee combat is clumsy, as you get into a pattern of shoving a zombie and then trying to gauge when it’s close enough to connect with your weapon. Having played ZombiU and loved it, I was hoping for more from the melee combat in this game.

There are some truly frustrating moments where you get attacked by a horde and the mechanics just don’t hold up to that kind of situation. Your character is not meant to fight a horde, as the zombies are too deadly, yet there are times where it’s unavoidable and leads to death after death. Worse still, the checkpointing system sometimes puts you in a worse situation when you do respawn. 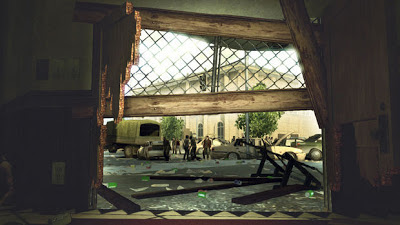 Closing Thoughts
I’m really torn about this game, because while it isn’t a great game, it’s nowhere near as bad as many mainstream gaming sites are making it out to be. I feel like this is a classic case of the game being doomed by critics before it even came out. It also highlights the problems that B-Games face, and one of the reasons that I started this series in the first place. There is simply no place in today’s gaming market for a game like this.

Survival Instinct actually reminds me a lot of Deadly Premonition, as both were very ambitious in a lot of ways, but fell short because they didn’t have the resources to fully realize those ambitions. The big difference is that Deadly Premonition was released at a $20 price point in the US, and it became a cult hit, with people embracing many of its flaws because it offered a unique experience at a very reasonable price. The biggest misfire of Survival Instinct was the $50 price point in my opinion, because it signaled that the game was a budget title, but didn’t offer a low enough price point to justify overlooking its technical failures. If you can find it for under $30, it’s definitely worth checking out.

If you want to hear some behind the scenes about the development of this game, I interviewed Glenn Gamble from Terminal Reality about Survival Instinct right before the game came out. You can check that out here.