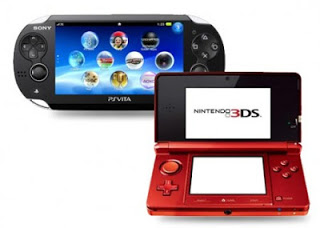 This Holiday Gaming Season, It’s All About the Handhelds for Me

As I was scouring the internet looking at Black Friday game deals, a thought occurred to me–this is the first year I can remember where there are more handheld games I want to play than console/PC ones.

For the purposes of this post, let’s call the holiday gaming season September 2012 to February 2013.

Just off the top of my head, here’s the list of current and upcoming (in the next month or two) console/PC games I’m playing/interested in right now (as well as my preferred platform):

What’s more interesting to me as I look over that list is that there are games I would rather play on handheld than on console/PC. Retro City Rampage, Sly Cooper, Assassin’s Creed, Ratchet & Clank and the LEGO games are all ones that I would prefer on either the 3DS or Vita instead of on the larger platforms. In fact, the only games I can definitively say i’d rather not play on a handheld are first-person shooters and larger RPGs that just could not be done on a handheld.

I’m not exactly sure why I feel this way, but I suspect it’s because I no longer have time in my life for the marathon gaming sessions of even a few years ago. I get 1-2 hour increments at the most, and I squeeze them in wherever I can. So, I tend to want my games in a format that is easily accessible and consumable in bite-size chunks. But I also still want a meatier experience than most iOS and Android games can provide at this point. when it comes to console and PC now, I reserve that precious time for experiences that I can’t get on a handheld.

I think a lot of my friends are still finding the time to play console and PC games on a more regular basis than me, and their preferences are now the opposite of mine. They have little interest in either the 3DS or the Vita, whereas I find myself gravitating toward them more and more.