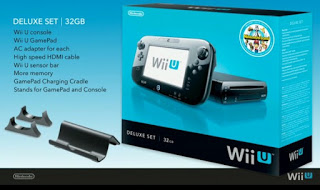 Wii U: The Only Thing That Matters Is the Price

The short version: Nintendo overpriced the Wii U by $100.

As much as gamers say they’re perfectly content with the consoles that are currently on the marker, the fact is we all get excited for new hardware. Nintendo had a real shot at building a sizable install base of Wii U owners before the next Xbox or PlayStation even hits the shelves, but they are about to blow it.

And the simple reason is price.

Not the launch lineup, not the specs of the hardware, not the crazy control scheme. Price. Because the simple fact is, if the Wii U was launching at $199 and $249 for the basic and deluxe versions, all of us would be getting one. But that’s not going to happen, because $100 is the difference between “I need to have that” and “I can hold out for a price drop.” It’s also a price point that will keep a lot of the causal gamers that bought the Wii (i.e parents and grandparents) from ponying up for the new console.

I have no doubt that the Wii U will come out strong in the first couple of months, but it won’t have anywhere near the success of its predecessor.

The lesson Nintendo is ignoring is the same one that Android (and soon Windows) tablet makers learn every time they launch a product at a price point similar to the iPad–unless you are the industry leader, you’d better have a price point that draws people away from the competition. While Nintendo lead in sales with the Wii, they have lost the goodwill of core gamers and are certainly not looked at as the industry leader right now. Amazon and Google have both had success with their 7” tablets at a very reasonable $199 price point, because even though they are smaller than an iPad, the $200+ difference in price more than makes up for it. Amazon and Google take a loss on the hardware in order to get people in the front door.

The Wii U has yet to prove it’s a substantial improvement over the current XBox 360 and PS3. Both Microsoft and Sony’s upcoming consoles will no doubt be more powerful than the Wii U when they do arrive. All the more reason Nintendo should be trying to build that user base up as quickly as possible. But a $349 price point isn’t going to do that.

I’m a fan of Nintendo, and I know I’ll eventually get a Wii U. But I just don’t see this strategy paying off, and I think a price drop could come as soon as the holiday season is over.