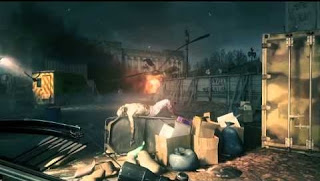 This one hurt the most so far, you guys. At two hours and ten minutes, Emma Phillips, a 33-year-old bobby, lasted the longest of any of my survivors to this point in the game.

Emily was the one that successfully defended the safehouse after the bloodbath that claimed six survivors before her. After resting up, we headed out into another area of the subway station, as our next objective was Buckingham Palace. We unlocked a new shortcut to the safehouse, and scrounged for supplies in the area just outside (some kind of storage yard filled with large containers). We made some runs back and forth to the safehouse, storing some supplies back there for future survivors.

Or so we thought.

As soon as we got near the “last” zombie, three other ones crawled over the top of the storage containers, Emily managed to take down all but one, but I got stuck in the finishing animation for one zombie while that last one got us. I had failed Emily, but I’m not sure how I would have handled that situation differently. I suppose I could have tried to lure some of them away with a flare, but from the moment they appeared, I was fending at least one of them off.

I had to take a break after this one. But as with every death, I learned another lesson. This time, I learned that the scanner lies sometimes. I had scanned the area with my Prepper Pad right before engaging that last zombie, and none of the other ones showed up. Now I know there will be ambush moments in the future that the scanner won’t tip me off to, which means I’ll have to guess by the environmental cues (courtyard area, right before entering a new building, etc.)

As always, the next survivor awoke in the safehouse. I wonder if Patrick Harrison, a 27-year-old consultant, will fare better.