The Year with No New Games–Part 1: Mining the Backlog

In early December last year, I knocked over one of my piles of shame. Everybody has one, whether it’s made of foods to try, books to read, movies to watch, places to visit, or in my case, Xbox 360 games to play. (There’s a separate pile of Nintendo DS games, but that’s a story for another time.) What made my pile particularly shameful was the fact that I had bought each game with the full intention of playing them, but there they sat in their shrinkwrapped packaging, hidden away from the sun and sight. The nature of being a gamer, faced with great new games to play released every month, made the idea of balancing the new with the old impossible. It was at that point that I resolved that I would buy no new games until I had played to my satisfaction every game in that pile.

For context, here is the pile, broken down by category:

Action/Adventure: Brutal Legend, Banjo-Kazooie: Nuts & Bolts, Castlevania: Symphony of the Night, Conan, Enslaved: Odyssey to the West, Majin and the Forsaken Kingdom, Prince of Persia (2008), The Secret of Monkey Island

As always, classification can be a tricky proposition. The heart of the matter was that there were thirty-six games in total, each a good game in its own way, unplayed and shoved further down the pile each time I get a new game.

My original was ambitious. I had aimed to complete at least one retail and one downloadable game a month, which would have cleared most of the backlog. Here’s the original plan:

While drafting this schedule, I clearly neglected a couple of essential factors, like work, family, and sleep. Here are the games from this I’ve completed thus far: Vanquish, Battlefield: Bad Company 2-Vietnam.

The aim of this column is to explore what happened to derail my quest so badly, some of the lessons I’ve learned about being a full time dad and part time gamer, the gaming communities I’ve encountered, and how I can salvage the rest of this year to complete some more games.

With our second podcast segment in the can, we are now finally starting to generate some content for our little corner of the universe here at the Co-Op Critics blog.  Our good friend Kim Wong is going to be writing some articles and reviews with Dan and I on the blog here, and he’s got a great series of articles to kick things off.  Stay tuned later this week for Kim’s series on his decision to attack his pile of shame and buy no new games in 2011. 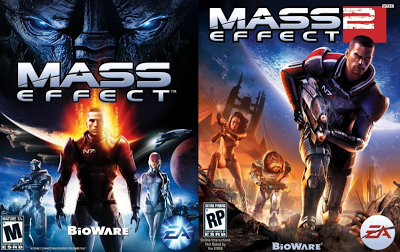 We’ve posted the latest episode of Co-Op Critics, which focuses on one of our favortie series of all time, Mass Effect. We also have a bunch of links for you to check out as you listen to the episode:

Brian’s Interview with Mass Effect writer Drew Kapyshyn (scroll down to the bottom of the page)
http://www.secretidentitypodcast.com/2008-interviews-archives.html

For more on the Mass Effect series, head over to www.masseffect.com.

We wanted to repost the show notes from our first segment on Bulletstorm, just in case anyone didn’t cath them over at www.secretidentitypodcast.com.  Without furhter ado:

An interview that Brian did with Rick Remender, who wrote the story for the game: http://www.comicbookresources.com/?page=article&id=27404

Fore more info on Bulletstorm, you can head to the game’s official site www.bulletstorm.com.

So, here we are–an official Co-Op Critics blog. Dan and I plan on doing plenty more segments for the Secret Identity Podcast in the future, but also wanted a place to put up reviews and discussions that might not make it into the show.  The philosophy behind Co-Op Critics is simple–all of our reviews and game discussons will feature at least two points of view.  We’ll also feature some articles that take a look at our own gaming habits, how we play. why we play, and so on. These article won’t necessarily have two points of view, but they certainly could.

We have some friends that will be contributing from time to time, especially to the site here. There’s a great series of articles coming up from a good buddy of ours in the next month or so, so stay tuned.

Upcoming segments that we’re already planning are a “Mass Effect” vs. “Mass Effect 2” discussion, and a segment on the just-released Nintendo 3DS.

Thanks for checking us out, and free to send suggestions for future segments to sipodcast@comcast.net.