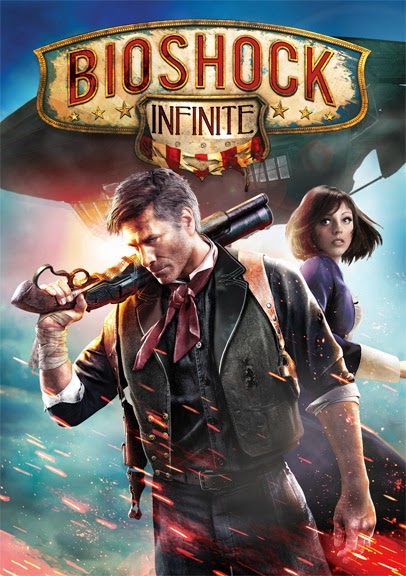 Bioshock Infinite, recipient of multiple Game of the Year Awards, is now free to play for PS Plus subscribers. Having absolutely no excuse not to play this game now, I fired it up over the weekend and played through the first couple of hours. What I’ve found so far is a wonderfully imaginative and detailed world, a mystery that I’m interested in solving, and the familiar gameplay of the Bioshock games that allowed me to pick this game up and get right into it. I’ve also found some dated design and a lack of interactivity that reminds me the foundation of this game was built in 2007.

Let’s start with the world, though. The flying city of Columbia is at once a sister and a start contrast to Rapture, the underwater city of the previous games. The biggest contrast is how bright and colorful Columbia is compared to the dark and dank feel of Rapture. Especially when you’re first introduced to Columbia, the city initially feels like a shinier version of Liberty Square in Disney World, just a pristine version of American exceptionalism. And unlike Rapture, you’re not arriving at a city that’s falling apart, after some big event has happened. You are kind of the tipping point for the the big event that happens–you’re the reason things start really falling apart.

There are so many things I love about the design of Bioshock Infinite’s world. In Rapture, there were little touches like cracks in the outer walls where water was leaking in, constantly reminding you that this was a submerged city, and things were falling apart. In Infinite, the gentle bobbing up and down of building, the sky rail cars pass by overhead, and the clouds themselves that obscure parts of the foundation are all reminders of the fact that you’re in a floating city. For me, this is so much more immersive than when a game like Mass Effect puts you on a space station, but other than stars outside there’s nothing to remind you or make you feel like you’re in space. The Bioshock team is just so good at creating a sense of place.

I kind of feel like the game’s greatest strength is also it’s greatest weakness, though. A world like Columbia begs to be explored, but there is almost no level of interactivity in the game, and I’m constantly disappointed by it. Other than picking up collectibles, it feels like you’re just walking around a set. The design in very linear, and other than some branching paths in the combat arenas, you are funneled through the game from the outset. The great part of that is you are seeing what the devs want you to see, but the flipside is you never feel completely in control or free to explore.

That said though, I do like the way Infinite presents the character of Booker DeWitt and gives you just enough knowledge to keep you, moving forward. There’s so much about the city and the events that have transpired that you need to discover, and right from the outset, Booker is questioning his purpose there, who he’s really working for, and who he can trust. These questions have me thinking about the game when I’m not playing it, and that’s the best compliment I can pay it. 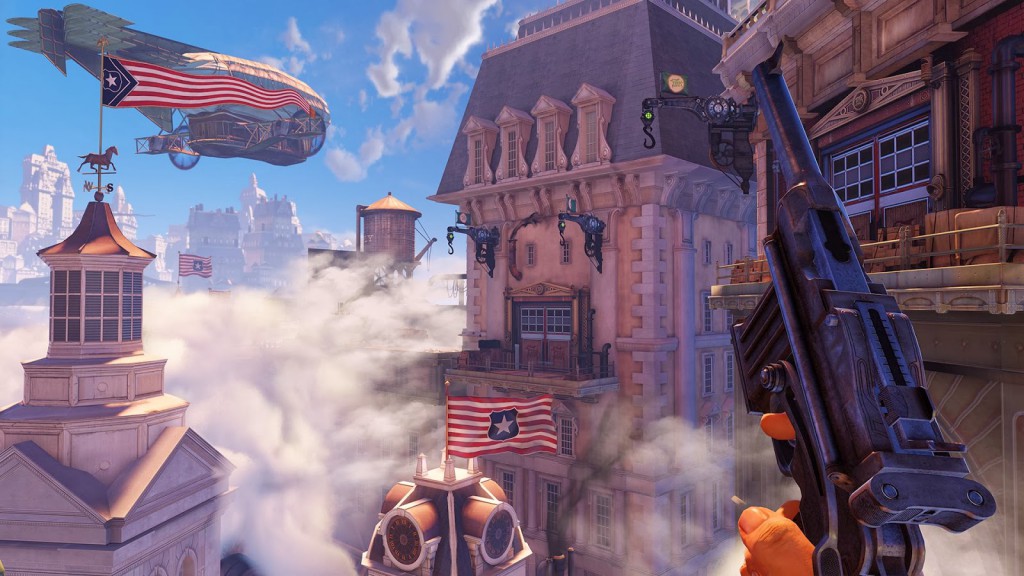 So, a couple of hours in, and I’m hooked on Bioshock Infinite. The lack of interactivity makes things feel a little dated, but the overall world design and the intriguing story more than make up for that shortcoming. I can’t wait to spend more time with it.