Dying Light was released earlier this week, and hopefully you’ve checked out our first impressions of the game. Both Nick and I spent a good amount of time with the game on release day, and a good chunk of that time was in the co-op portion of the campaign, which you unlock after playing through the prologue.

We’ve broken the episode into two parts, the first of which features a lot of us learning to navigate the city and then completing a fetch quest for a pretty strange NPC.

The second part of the episode sees us trying to track down an airdrop and then getting caught out in the city after dark. This leads to a panic-fueled, hilarious run back to the safehouse (around the 30-minute mark) that is reminiscent of Left4Dead.

We’ll be streaming more Dying Light on our Twitch page in the coming weeks, and we’ll post some of the gameplay up on YouTube. Stay tuned.

We’ve come out of the box strong so far in 2015, and the evolution of Co-Op Critics is well underway. This is the first installment of a weekly update series here on the blog that will recap the new content we’ve produced between our Twitch channel, the YouTube page and right here on Co-OpCritics.com.

Last Sunday, we posted a Co-Op Plays video of Nick, Jeff and I taking on Destiny’s Weekly Heroic Strike, the “Devil’s Lair.”

On Monday, I posted some thoughts on the multiplayer mode of Dragon Age: Inquisition, featuring a Co-Op Plays video of Nick and I hacking and slashing with some randoms.

On Tuesday I posted some thoughts on Nintendo’s announcement that Club Nintendo would be winding down at the end of June 2015.

On Wednesday, I gushed over the news that Elder Scrolls Online would be dropping its subscription fee and arriving on Xbox One and PS4 in June.

And today saw the launch of Co-Op Craft: Family Edition–a new series where my son Parker and I play Minecraft together. I’ll be posting more about that tomorrow.

So, it was a pretty full week here at Co-Op Critics, and we are just getting started. You’ve seen our new logo popping up here and there, and the facelift for the site will continue in the coming weeks. We’ll be back this week with a new episode of the Co-Op Critics audio podcast, and we’ll also be posting the episode on YouTube with some accompanying gameplay video.

Diablo III Fits Like a Glove for This Old Gamer

Man, am I loving Diablo III so far.

I’m old–that is to say, I was around when videogames were first their way out of the arcades and into people’s homes. My next door neighbor had a Coleco Telestar system and my first console was the Atari 2600. I grew up on the Commodore 64 and the gold box D&D games (Pool of Radiance is still probably the best RPG ever made).

For me, sword and sorcery games hold a special place in my heart (I’ll be posting about my RPG love alter this week), and the Diablo series is unique among them. That may sound weird, because Diablo games are sort of a mish-mash of other games that came before them (Gauntlet and the aforementioned D&D games, to name a couple), but that’s what makes it unique to me. Even in 2014, the core gameplay and systems that made Diablo great in 1996 still hold up today, as they are the core aspects of D&D–fight monsters, level-up, get cool stuff. Rinse, repeat.

I grabbed the Ultimate Evil Edition of Diablo III for PS4 recently and have been having an absolute blast with it. For my first playthrough, I’m going with a wizard, and I recorded a bit of that playthrough the other day, which you can check out below. It’s from fairly early on in the first act, so it’s not super-spoilery.

Even though the game has evolved since the 1996 original, Diablo III still has that old school feel, and it’s so easy to just pick up and play. I can put twenty minutes into it, or I can fall down the rabbit hole for hours. But I keep coming back to it whenever I turn on my PS4.

As I get deeper into the game, I’ll probably record a few more sessions and post about them here. 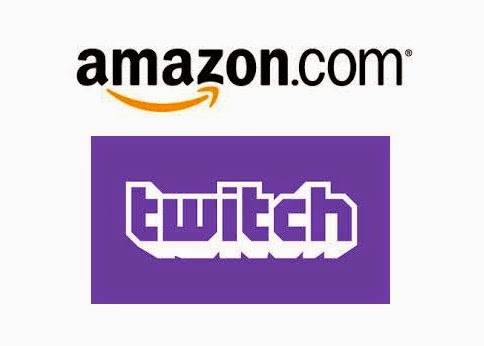 Twitch Is a Better Fit for Amazon Than People Might Think

In a very interesting turn of events last week, Amazon bought video streaming service Twitch for just under a billion dollars. This came as quite a surprise, because for the past several weeks, the prevailing rumor was that Google was buying Twitch for about the same price.

Google buying Twitch made a lot of sense, both from a technology standpoint and a business standpoint. By owning Twitch, they no longer would have to compete with Twitch, and they would have a livestreaming platform to compliment their recorded video platform. Because despite the improvements in Google Hangouts and YouTube livestreaming, Twitch was still way ahead of Google in the livestreaming space.

But with Amazon swooping in and getting Twitch in the eleventh hour, Google went from potentially owning the online video space to facing even stronger competition from one of its biggest rivals, in an area they previously didn’t have to worry about.

That’s a whole other subject, however. Let’s just focus for a moment on what the addition of Twitch could mean for Amazon, and for gamers.

Amazon already has a video on demand service with Amazon Instant Video. Now they have a livestreaming service with over 50 million users, who spend up to two hours a day consuming content. That’s a lot of eyes for Amazon to show ads to, and an added value for their Prime subscription service if they want to offer an an ad-free option.

On the gaming front, anyone who was skeptical when Amazon talked about getting into the gaming space should be a believer by now. They launched a games studio in 2012, created a game controller for their their Kindle Fire TV, and have added asymmetrical co-op features to some of their games, allowing someone with a Kindle Fire HDX tablet to play along with someone using a game controller on the Fire TV. Now they have added the biggest gameplay streaming platform in the world to their ecosystem. And while none of these pieces may fit together perfectly yet, the point is that Amazon now has all of these pieces. They can build games and services moving forward that leverage their devices and their video platforms.

Not to mention, now Twitch has additional resources to continue improving and expanding its core services, and I wouldn’t expect Amazon to screw with what’s working already. They may offer enhanced services to those already participating in the Amazon ecosystem (Prime subscribers and Kindle device owners), but I think those that just want to stream content from their consoles or PCS, or watch streamed content will be able to do so whether they are using Amazon services or not.

Of course, Twitch can stream more than just gameplay, so Amazon now also has another platform to create and distribute original programming to an audience of millions. I could easily imagine the Amazon Weekly Book Club video podcast, or the Amazon Instant Video Picks of the Week show. They could even create programs similar to X-Play and Electric Playground, which would be a perfect fit for the Twitch audience.

So, I’m pretty excited to see what Amazon does moving forward. They said they were jumping into the video game space, and they’ve done just that, in more ways than one.

After doing a couple of Twitch broadcasts with XBox One, I wanted to give the PS4’s version a try. So, I downloaded Outlast and played through the opening chapter. While getting the broadcast up and running was easy, I couldn’t figure out how to get the chat bar to disappear so the broadcast could be recorded in full-screen.

I’ll keep playing around with it, but you can check out the first part of my outlast playthrough below. I’ll say this about Outlast–that game is super creepy if you play late at night with the lights out. 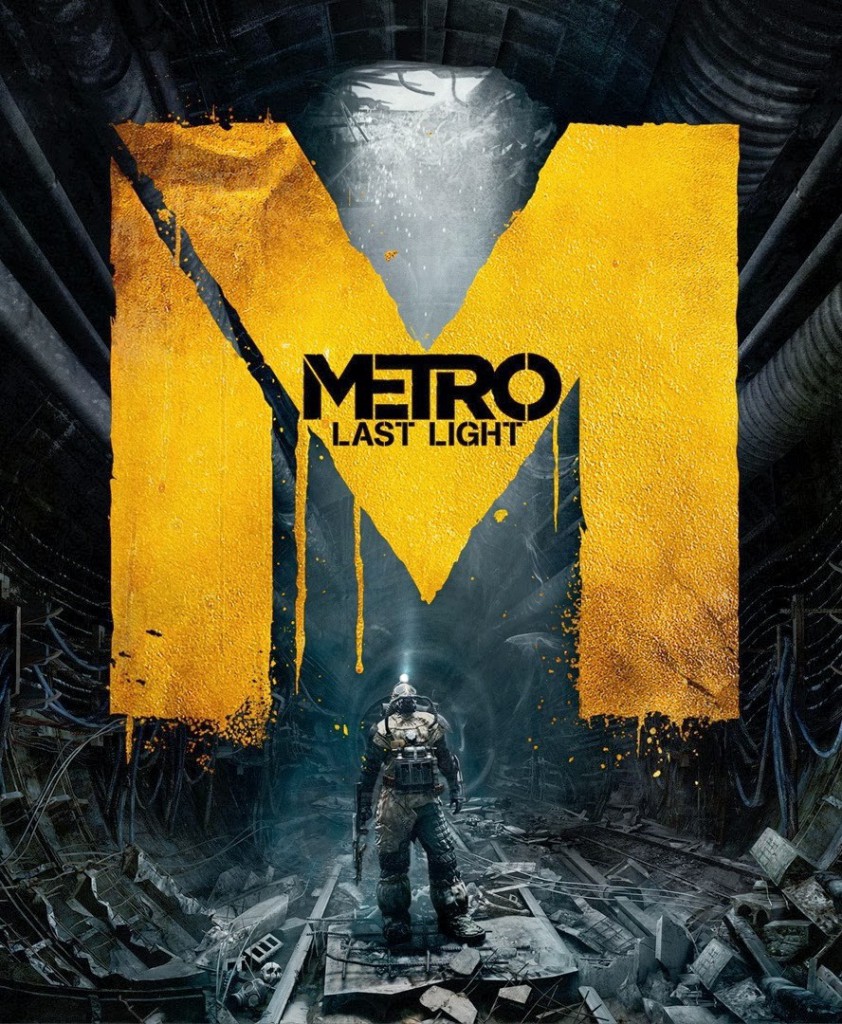 I started Metro: Last Light this week and decided to stream a couple sections of the game. In the video below, Artyom gets separated from his newfound friend Pavel when Pavel gets captured. Artyom is trying to find Pavel before his captors kill him.

The video came out pretty dark, as the game is dark and the stream is always a bit muddy. I think you’ll get the gist of what the game play is like, though. Good mixture of stealth and shooting. Feel free to fast forward through the five minutes or so I end up standing in the dark when the guards sound the alarm.