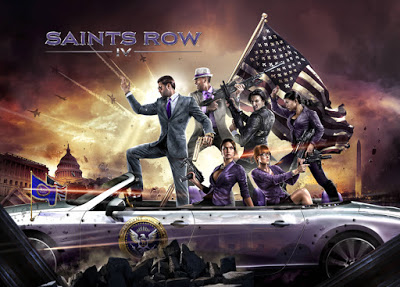 Perhaps me spending a lot of time re-playing Crackdown 2 recently was just a happy coincidence. but, when I started Saints Row IV this week, the similarities between it and the Crackdown franchise were immediately apparent. In fact, Saints Row IV may just be the Crackdown sequel gamers have been waiting for.

Maybe the biggest addition to the franchise in Saints Row IV is the introduction of super powers. Early on in the game, you get super sprint and super jump abilities, which make navigating the world feel very similar to a powered up agent in Crackdown. Saints Row IV also features golden orb-shaped robots that you have to chase down . In Crackdown 2, these were known as “Renegade Orbs,” but Saints Row IV refers to them as “CID Command Orbs.” They function pretty much the same though, granting rewards for tracking them down.

Using your jump powers to bound from building to building like the Hulk feels very much like jumping around in Crackdown. As you get further into the game, you get a wider variety of powers than what Crackdown offers, but the moment to moment gameplay still feels very much like Crackdown, as you’re often using a combination of your powers as well as firearms to deal with large crowds of enemies.

I was already a huge fan of the Saints Row series, but by sprinkling in a dose of one of my other favorite franchises, Volition may have created my favorite open world action game yet.